Whether you are splashing around at the beach, pool partying, or prepping for an outdoor adventure, an inexpensive waterproof camera is a great alternative to your expensive camera or phone, plus it’s convenient. Fujifilm and Kodak know this too well; both companies have been making underwater single-use film cameras (commonly known as disposable cameras) for decades. Capturing your summer holiday or travel memories with family or friends is something you don’t want to miss.

At The Darkroom photo lab, we process a lot of film from single-use cameras. Trev, The Darkroom’s Chief Photographer, tests the two popular underwater cameras; the Fujifilm FUJICOLOR QuickSnap Marine and Kodak MAX Water & Sport Outdoor Use Camera. This post will outline the characteristics of each underwater camera and compare the photo quality in a side-by-side comparison. 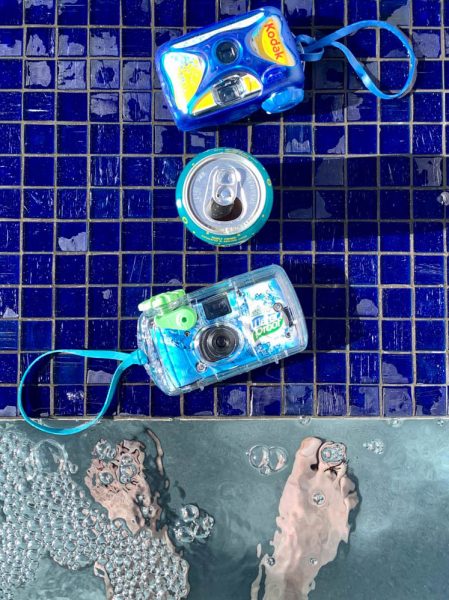 Which One Is Better?

Which Features Stand Out?

The Fujifilm FUJICOLOR QuickSnap Marine and Kodak MAX Underwater 800 have much the same features. They both have a durable plastic outer casing effectively sealed for underwater photography. The Fujifilm will survive depths of up to 33ft and the Kodak deeper at 50ft. Keep in mind, though, even with an ISO 800 film at those depths, the scene is going to be dark. Their dimensions and weight are almost identical – you can throw one of these in your beach bag or jacket pocket. Both of these disposable underwater cameras have 27 exposures of 35mm film.

Editors Note: There are several other waterproof cameras, but we decided to focus on the two cameras that have 90% of the market.

How Do We Rate Each Waterproof Disposable Camera?

As disposable underwater cameras, both the Fujifilm and Kodak perform exceptionally well. While the Fuji only goes to a lower depth, the difference is negligible. If there isn’t enough light, both cameras will underperform. That’s why we only recommend the cameras for snorkeling or swimming in the pool rather than diving.

Both cameras present an O-ring seal for maximum waterproof protection. Based on our minilab experience, we feel the Kodak is a more robust build making it almost impossible for the camera to experience a water leak.

The DarkRoom tests the top single-use cameras, new and existing, to see which took the best pictures.

What is the Best Disposable Camera? Click to find out.

How Does The Waterproof Camera Image Quality Compare?

Both the Kodak and the Fujifilm underwater cameras produce good-looking images when viewed independently. However, upon comparing the two side-by-side, the Fujifilm images are by far crisper with greater detail and hard-line sharpness than seen with the Kodak. Edges and detailed areas are slightly fuzzy with the Kodak MAX camera. It is mainly due to the higher quality of the Fujifilm lens. It’s also worth pointing out that the Fujifilm QuickSnap Marine’s brightness is more evident without creating unwanted highlights. It appears that Kodak has focused more on making their lens sunscreen and scratch-proof versus being optically sharp. 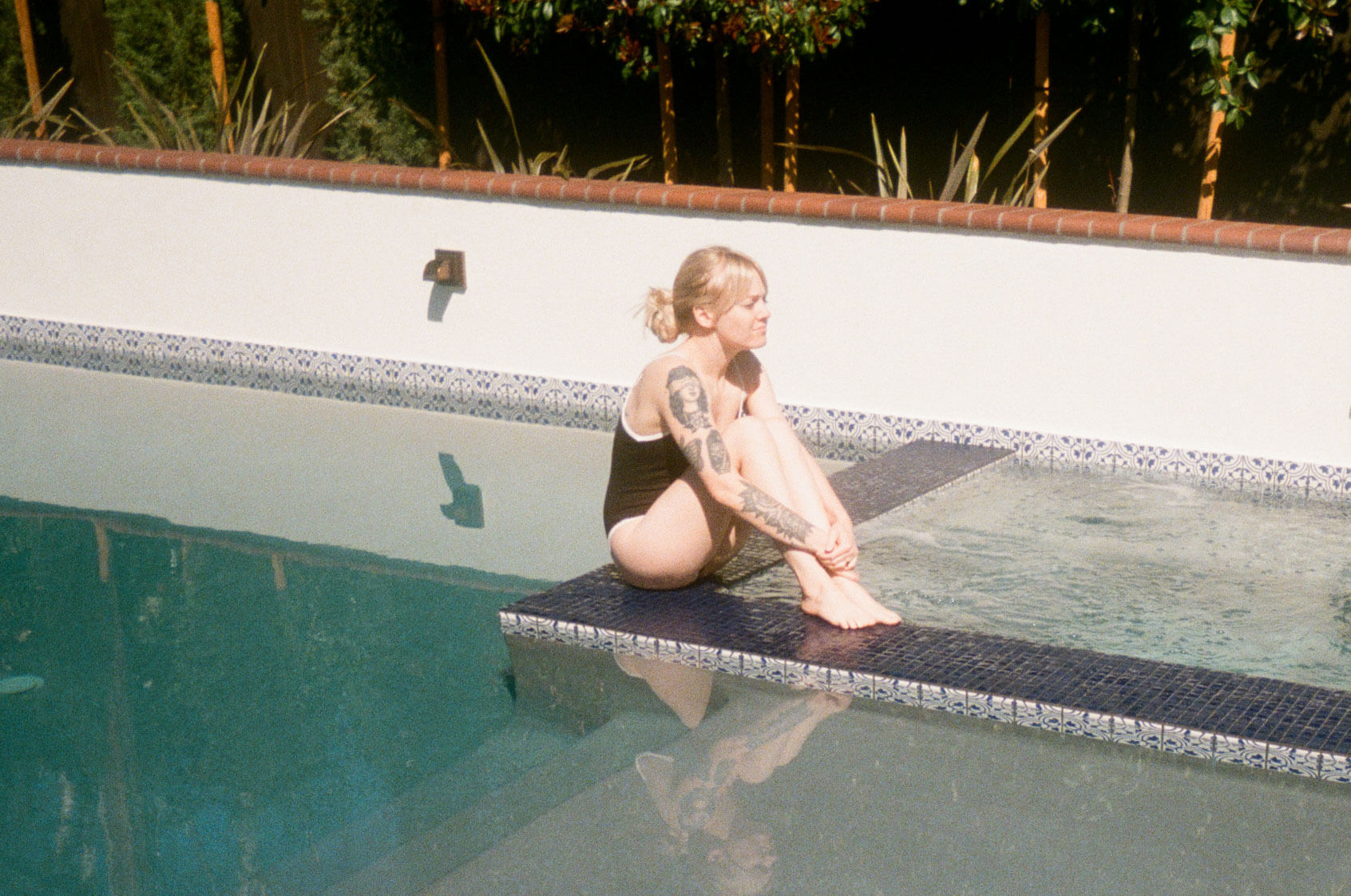 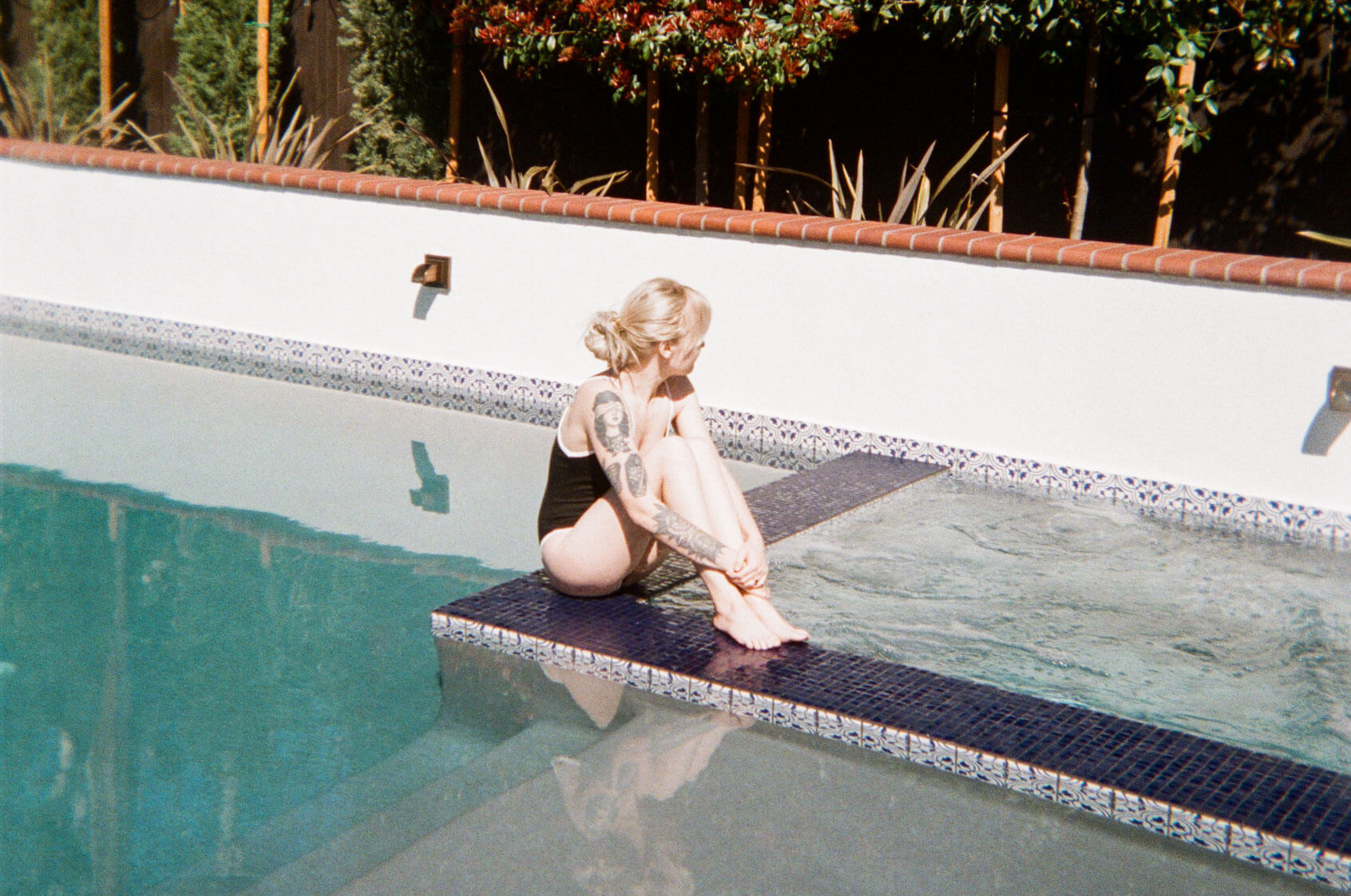 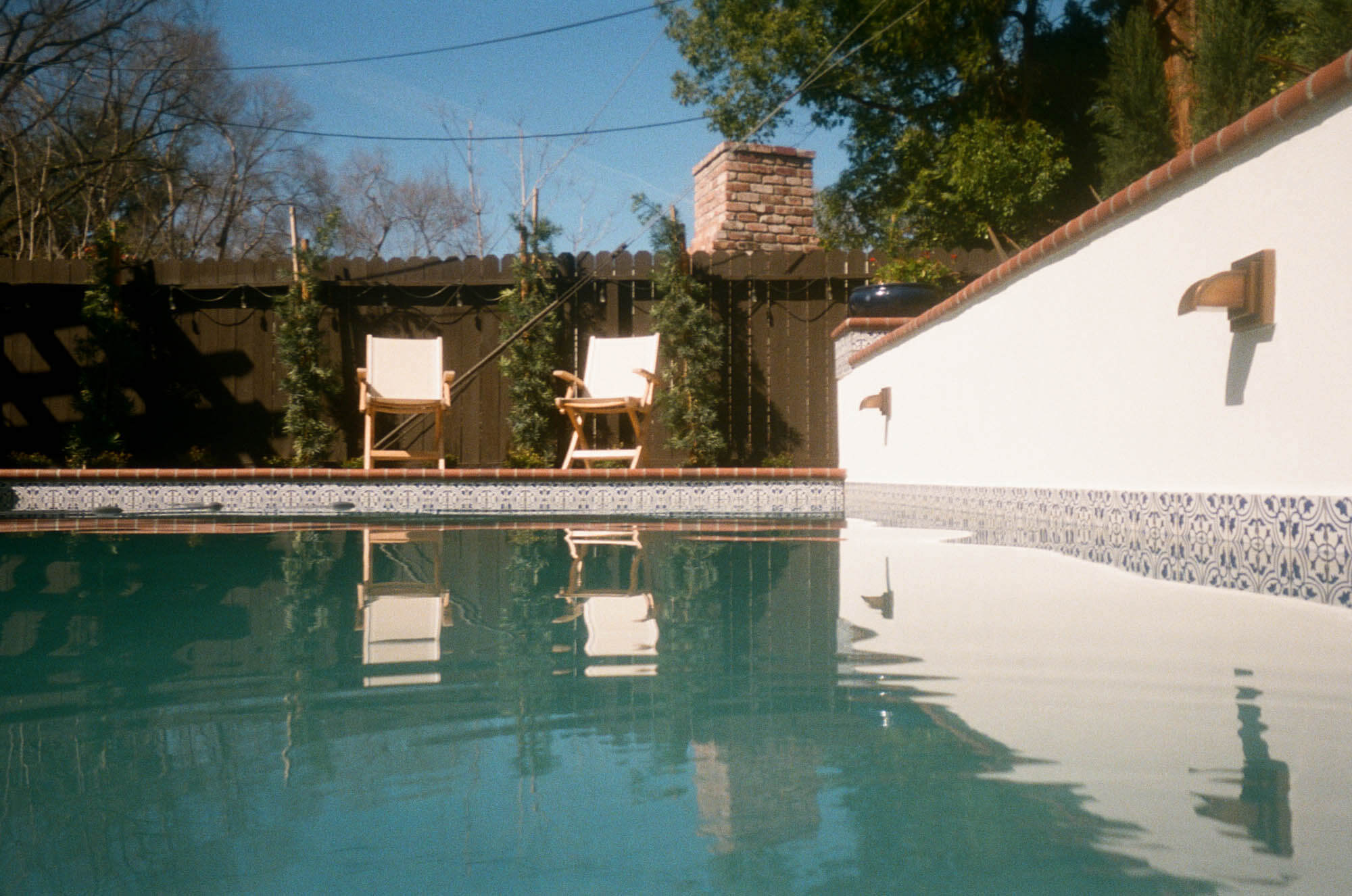 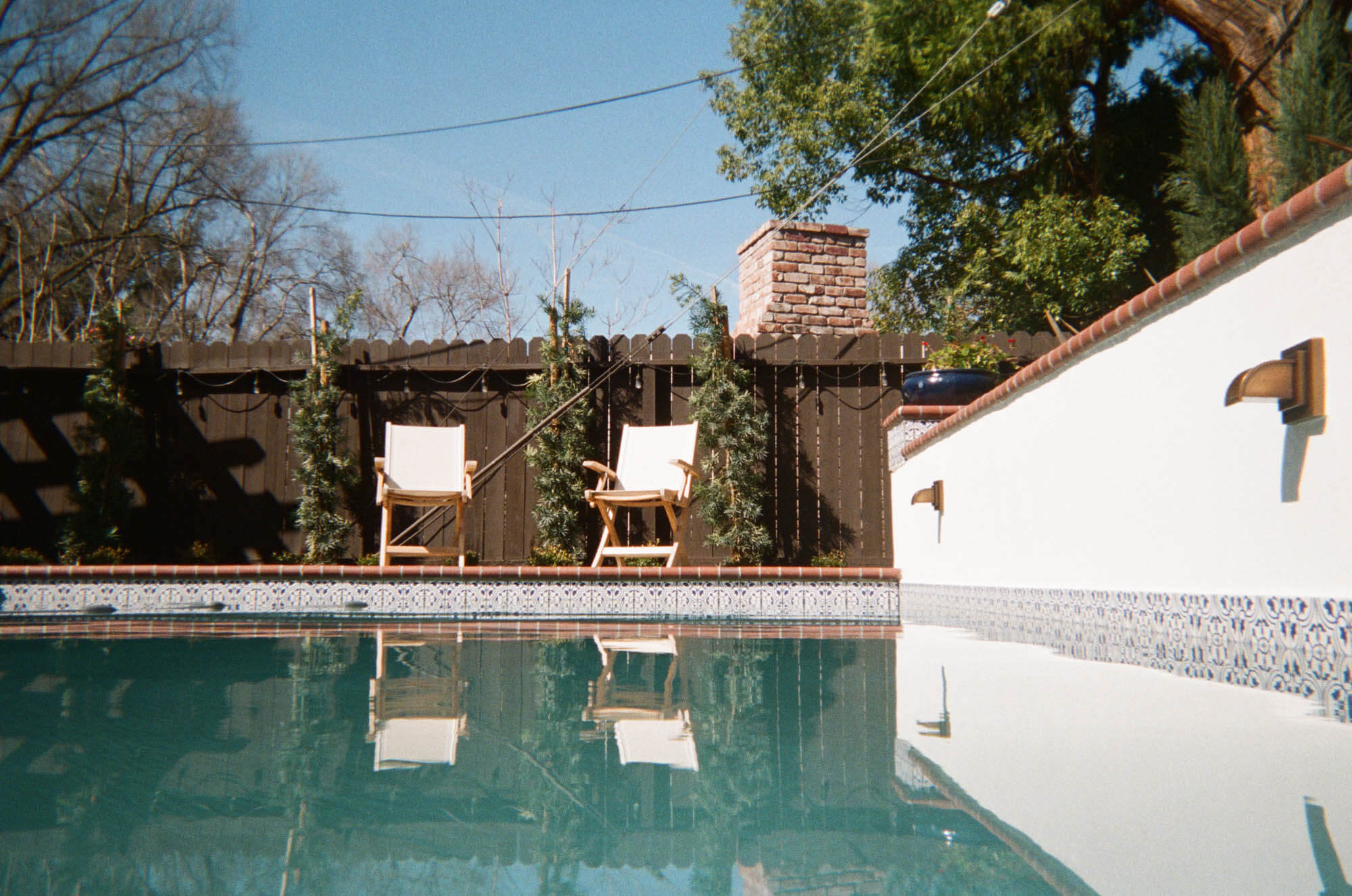 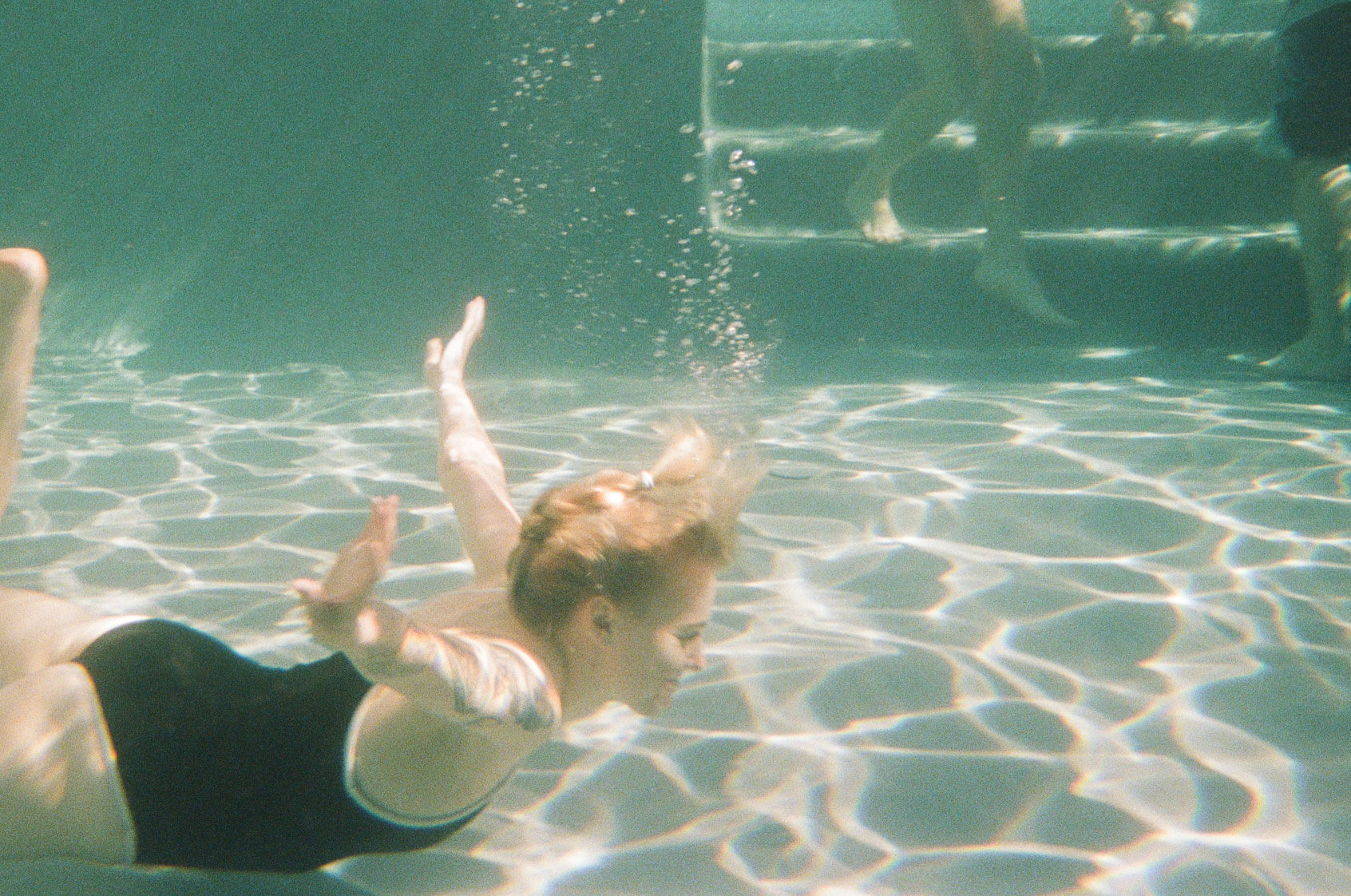 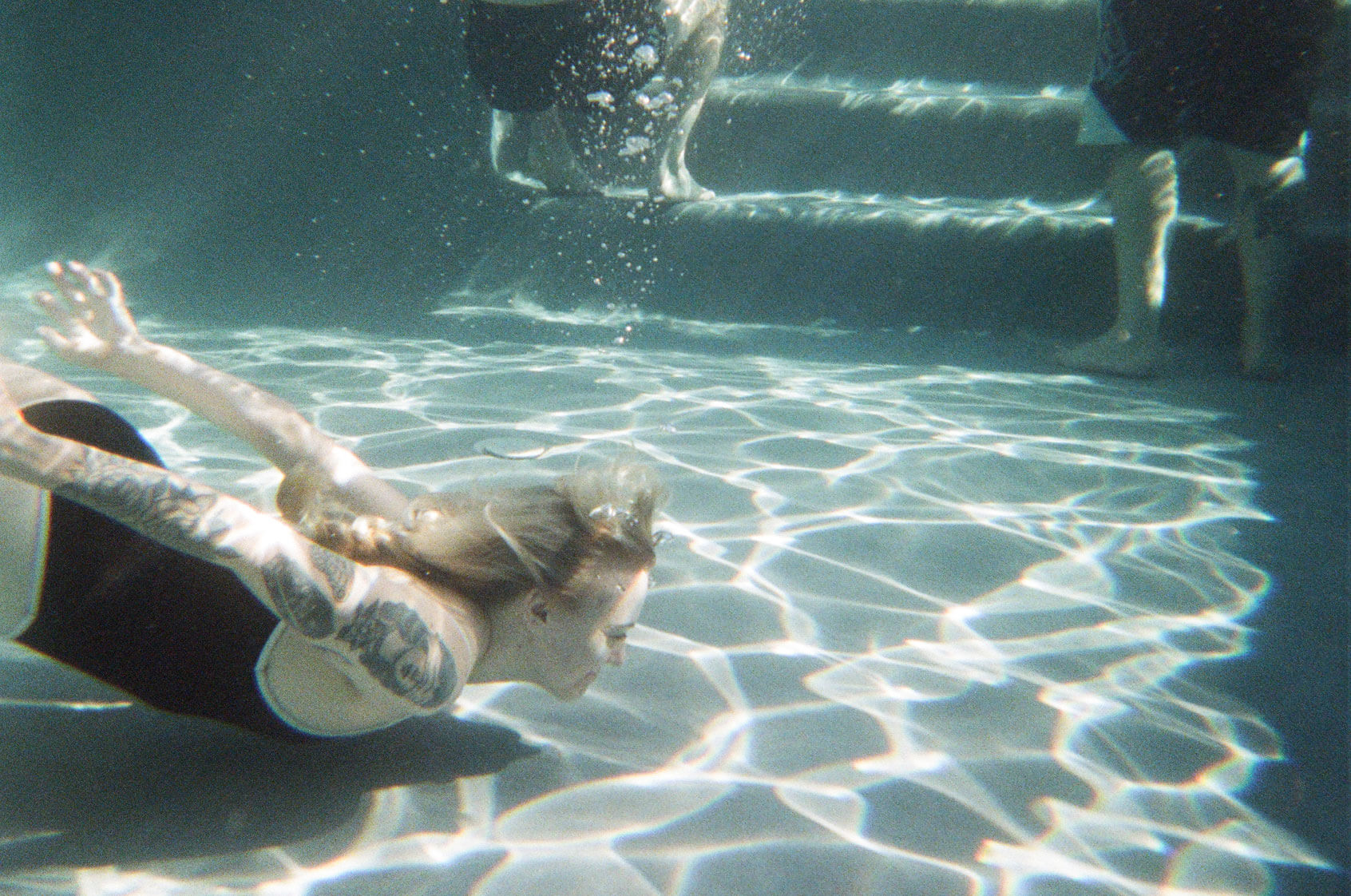 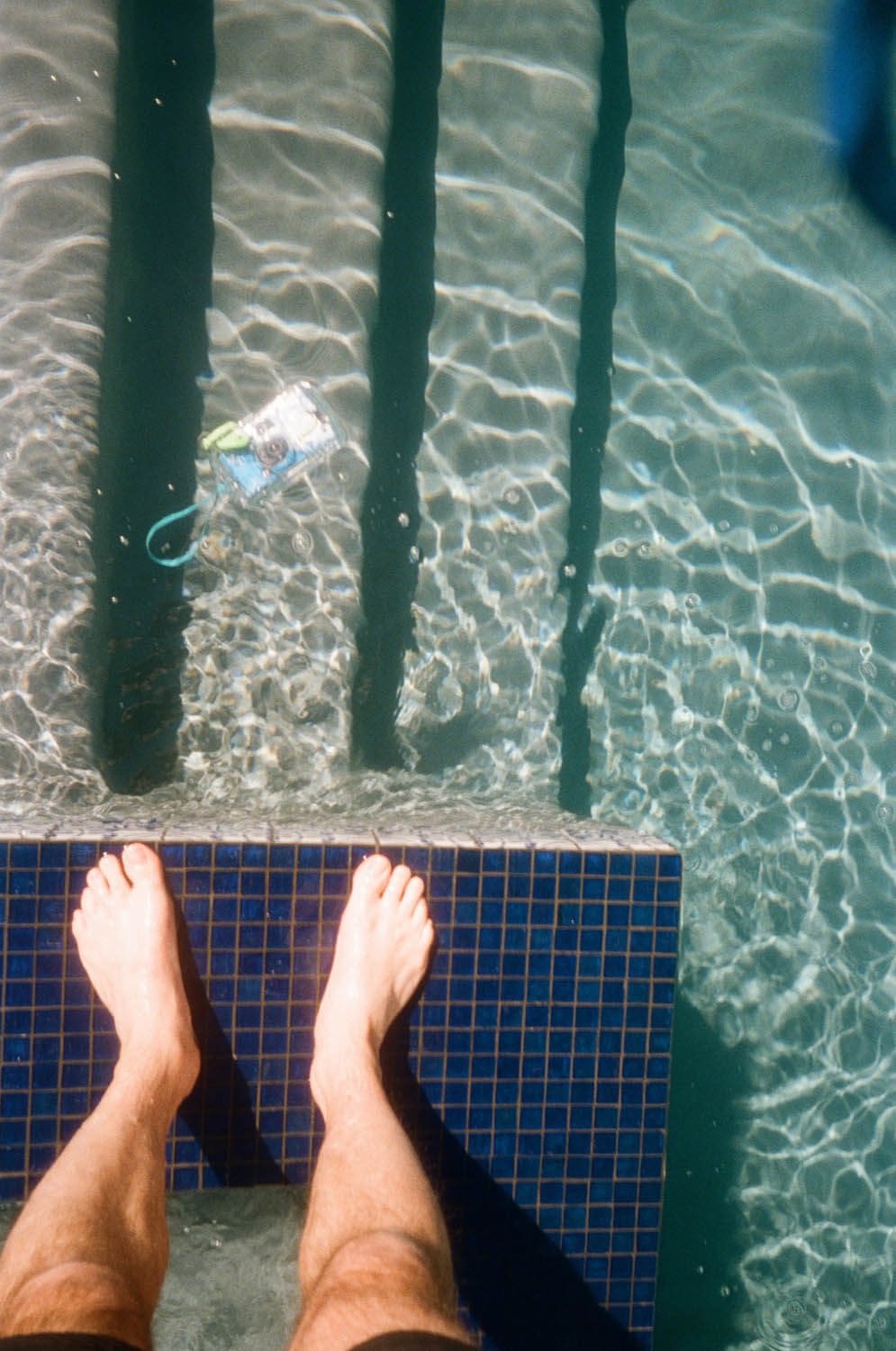 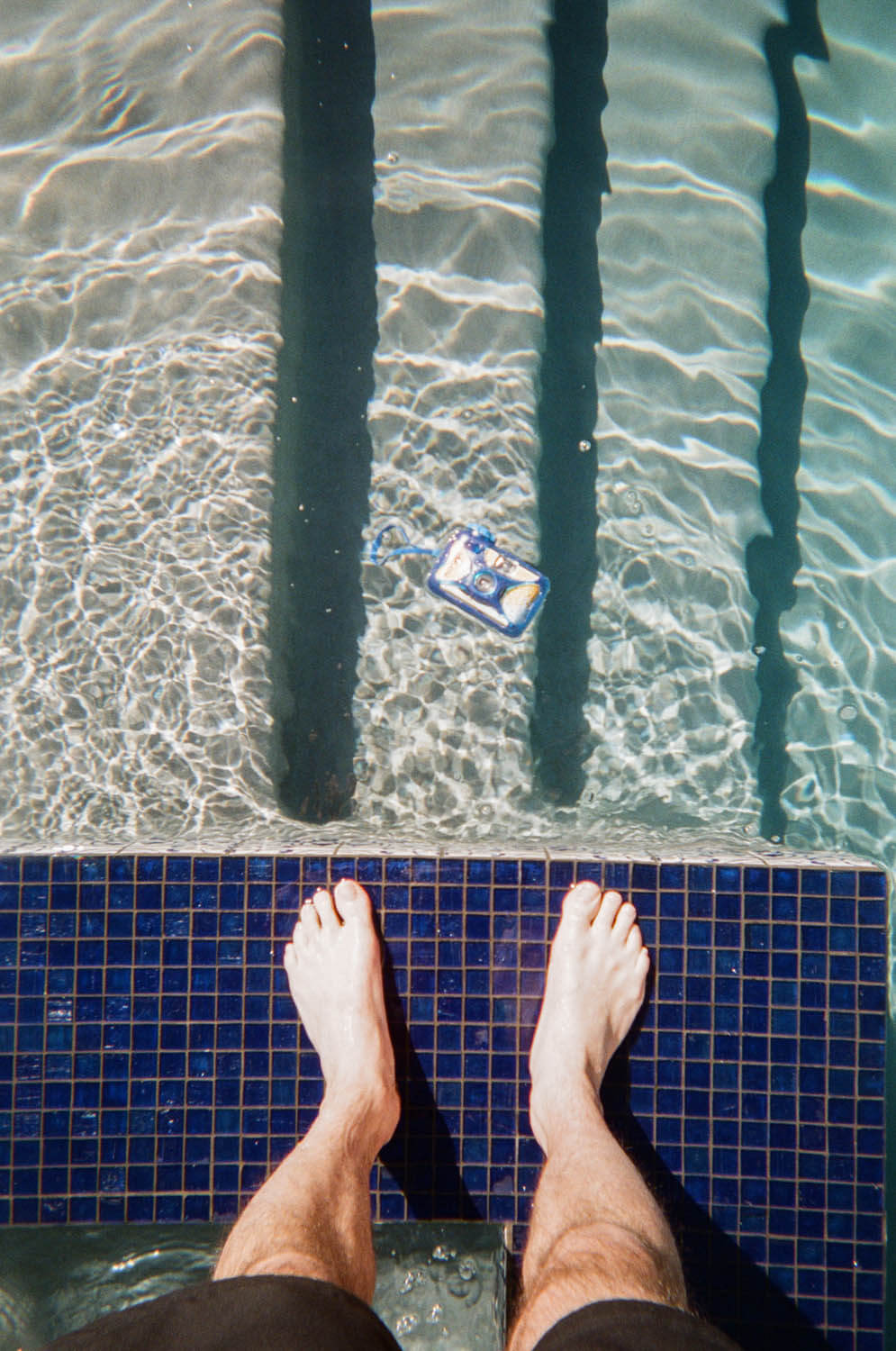 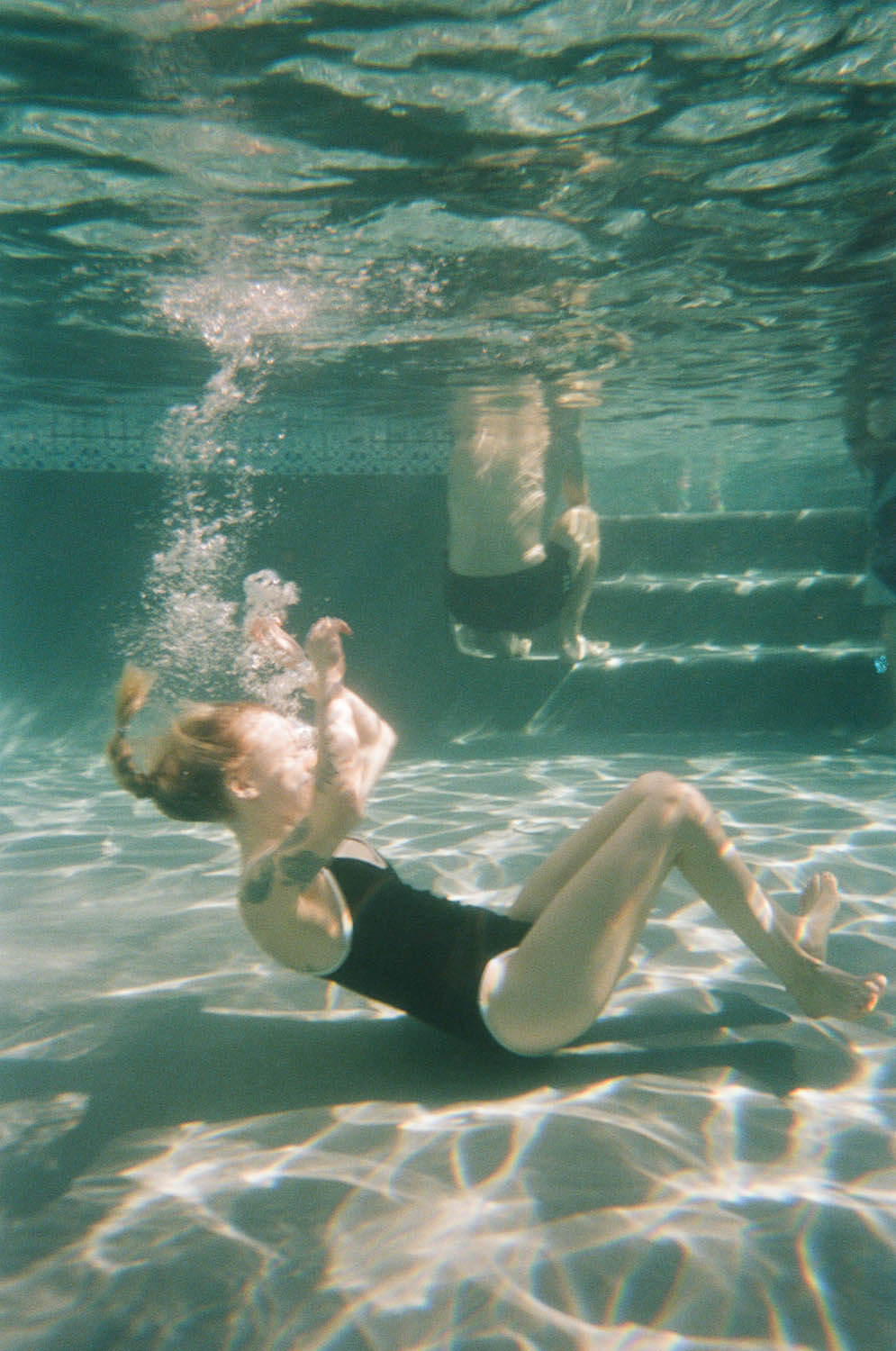 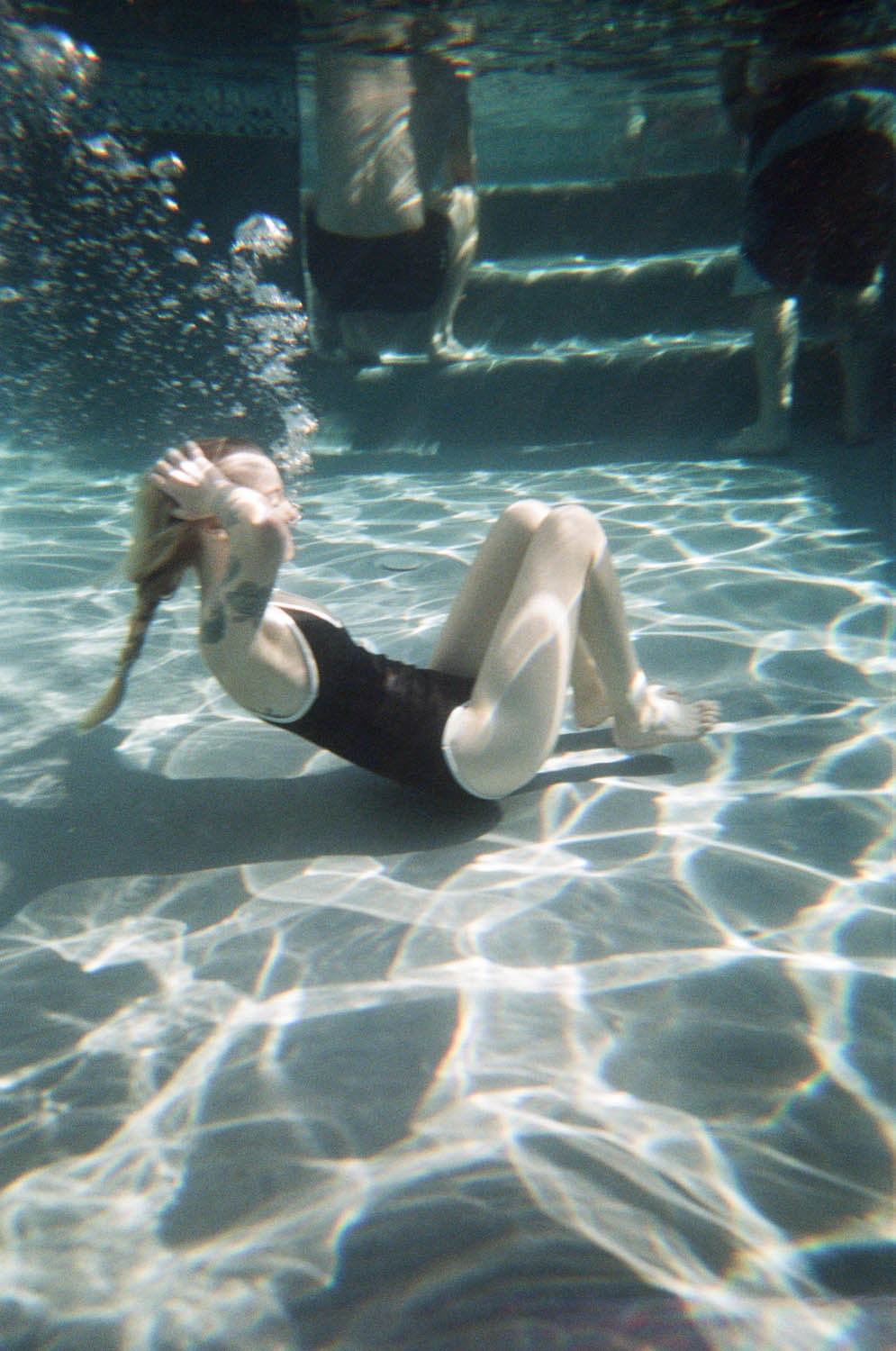 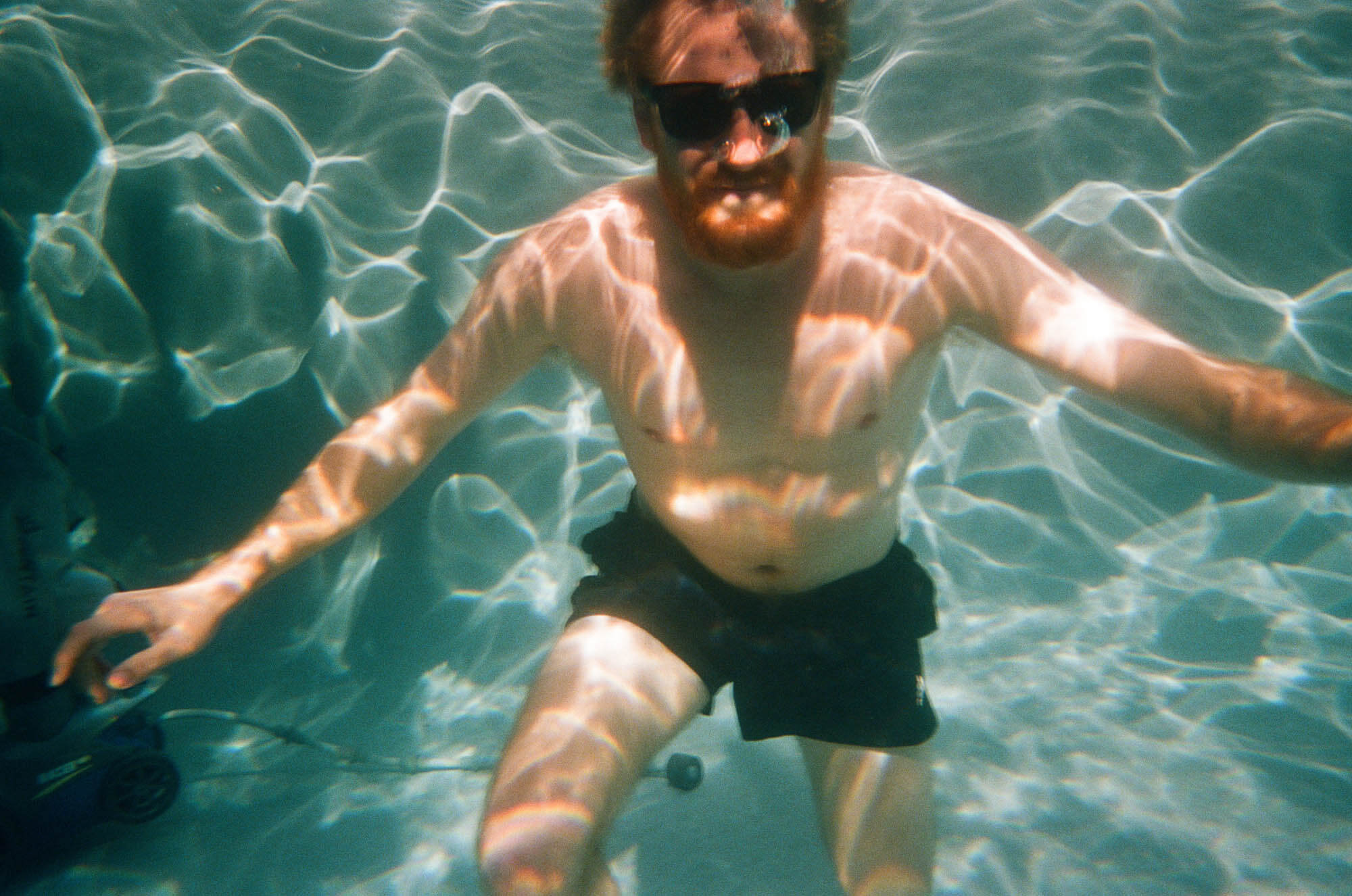 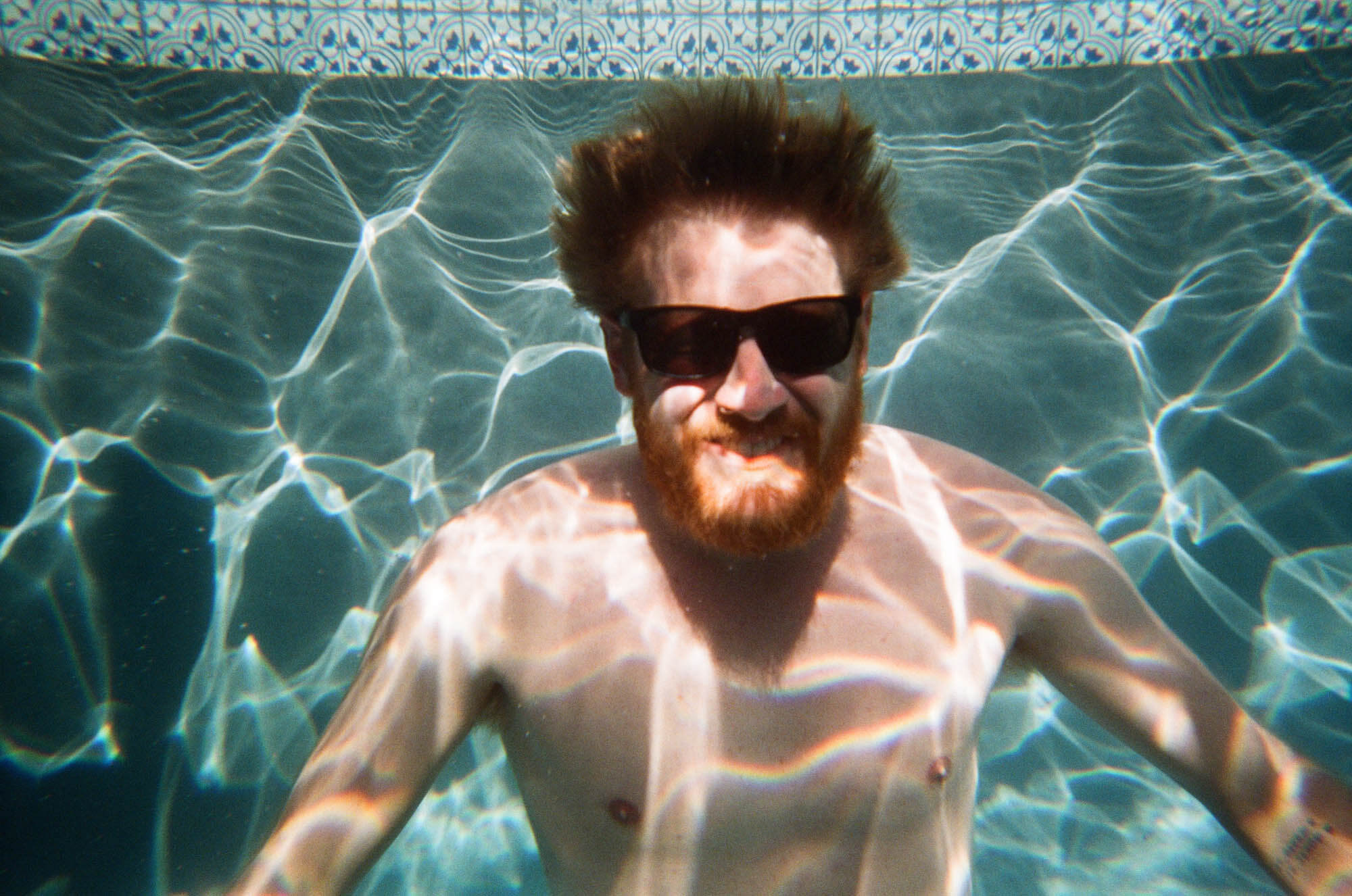 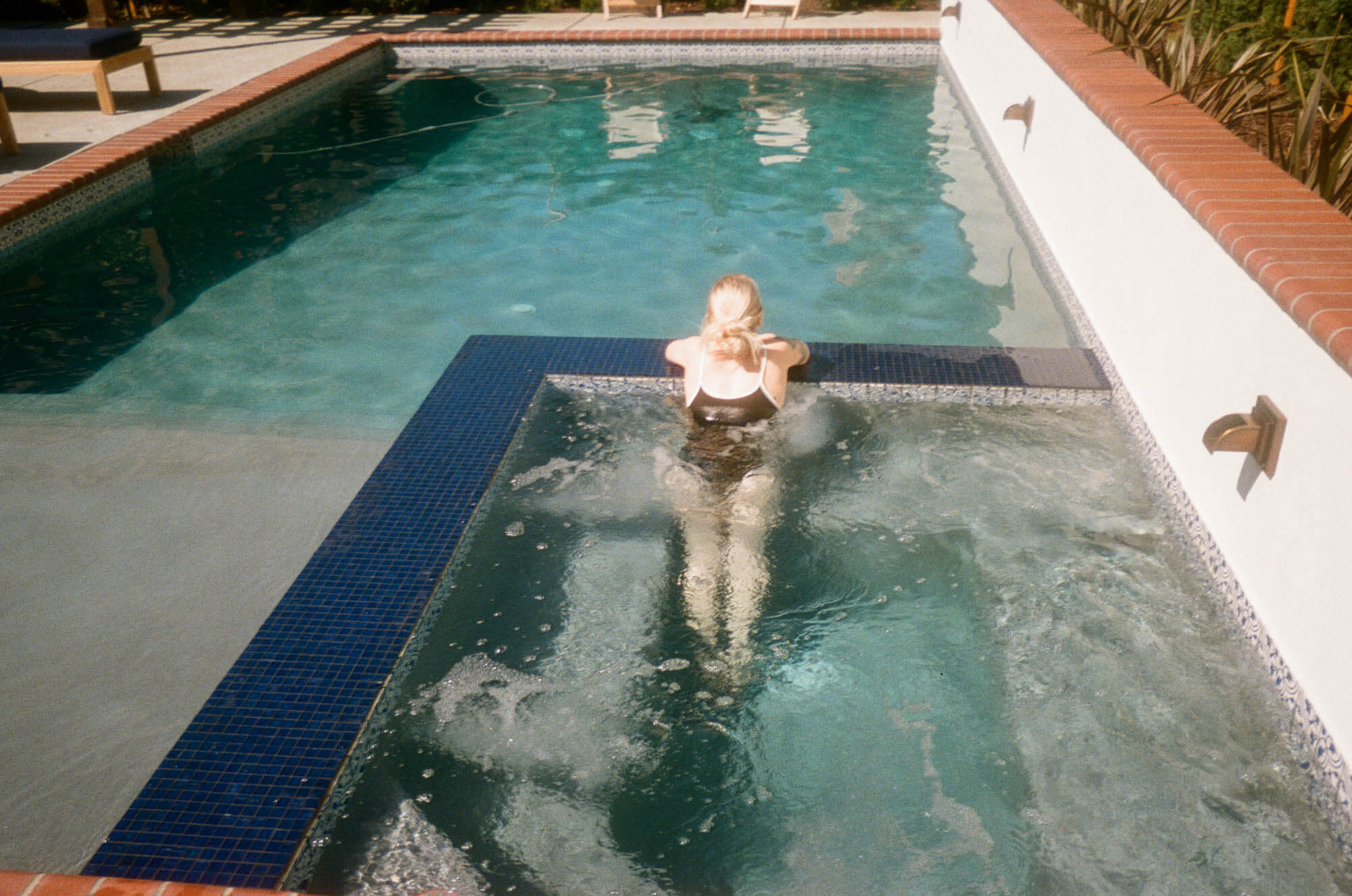 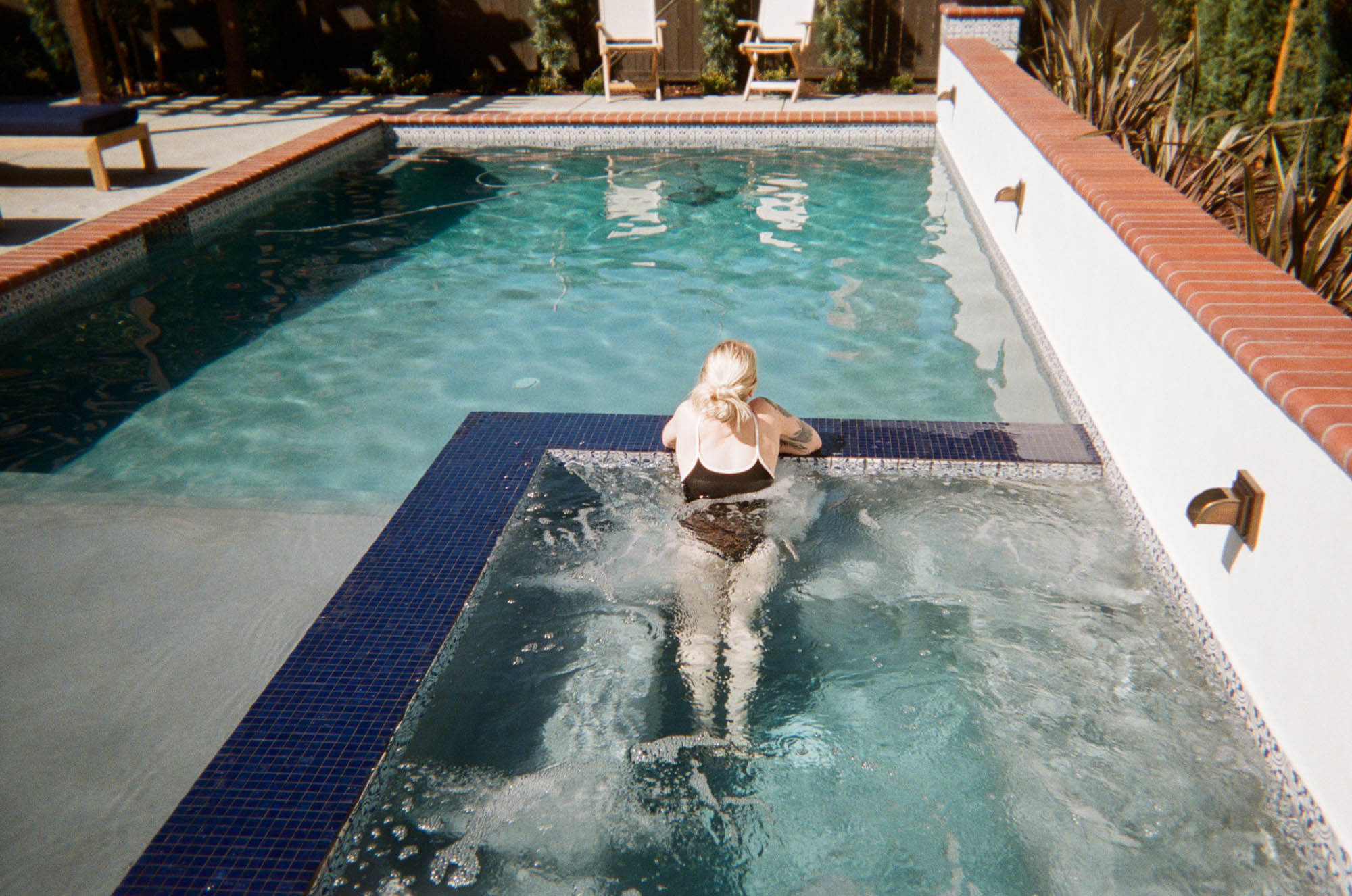 The Kodak MAX Underwater 800 is pre-loaded with a 27-exposure roll of Kodak MAX Versatility Plus Film with an 800 speed ISO. The film delivers a fine grain consistently across the dark and well-lit areas. The Fujifilm FUJICOLOR QuickSnap Marine packs a roll of Fujicolor Superia X-TRA 800 ISO 35mm – 27 exposures. The Fujifilm grain is broad and not as attractive as found with the photos from the Kodak camera.

As discussed, both cameras are pocketable and easy to handle. The Fujifilm and the Kodak cameras have a bulkier look than a traditional disposable camera due to their additional waterproof housing. The rubber wrist straps are awkward to use but do the job, mainly to prevent your floating camera from running away with the tide. The Kodak features a large dial that is super easy to use while snorkeling to wind forward your film. Fujifilm is not as prominent and a little fiddly. While the shutter release is located in the winder on the Kodak, with the Fujifilm, the shutter release is a sizeable push-down lever on the front of the camera. These are not cameras intended for all-day carry. But they are both adequately designed to ensure a sure grip while negotiating underwater environments.

Is There Much Distortion Between the Fuji and Kodak?

In terms of distortion, The Fujifilm FUJICOLOR QuickSnap Marine can better balance the shadows and highlights compared to the Kodak MAX. It is primarily due to Fujifilm’s better quality lens – 32mm F10 fixed focus lens with a shutter speed of 1/125. It’s also worth pointing out that the framing of the Kodak was off. Shot outcomes were unpredictable as what was in frame at the time of the exposure is not what was in frame with the final print. It is disappointing given how tricky it is to capture accurate compositing while shooting underwater in the first place. The framing with the Fujifilm QuickSnap was precise as expected.

By far, the Fujifilm is the better camera out of the two. When looking through the images, the first two things you’ll notice are color and sharpness. In both areas, the Kodak is underwhelming. There’s a sense of muddiness and blur. Finer details are lost, and the edges of subjects seem to mold into each other without definition. Fuji, on the other hand, is like chalk and cheese in comparison. 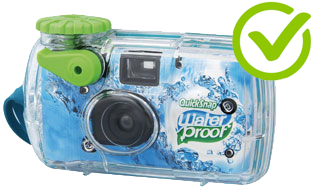 The fixed focal length of 32mm on the Fuji provides a WYSIWYG (What You See Is What You Get) in a real-life shooting scenario. The viewfinder on the Kodak misaligns compositions. You end up getting a photo that’s more to the left than the Fuji. Aside from that, the only things going for the Kodak are warmer color temperature and fine film grain. The finer film grain tries its best to compensate for Kodak’s lack of a sharp lens but unfortunately lacks the image quality when compared with the Fujifilm underwater disposable camera.