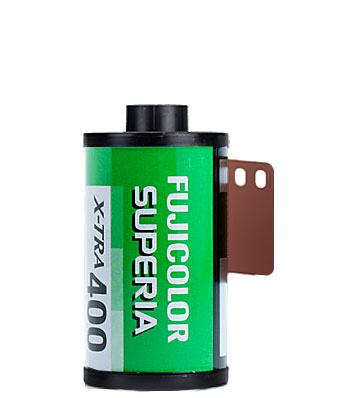 FujiFilm Superia X-TRA 400 is an affordable color negative film.  It has average exposure latitude and has the typical FujiFilm look – cool magenta / greenish tones.  It’s 400 iso makes a versatile film that preforms well in daylight and lowlight.   When exposed well it has very fine grain and medium contrast and saturation.

Less grain than any of the competing consumer films in my experience and a third less than Kodaks 200 speed offering. The colors are great too and in a differnt way that Colorplus or Ultramax which can be really warm and red dominant.

This film is in disposable fujifilm cameras (if im wrong blame google) but I personally prefer to use this in brighter/outdoors as it makes greens rlly pop while darker photos have a light green wash!

Great film, try it in your camera though

Overall, I really love this film. I have, however, had some weird results with different cameras though- more than any other film stock I’ve used. This film is my general go-to just based on its availability at drug stores around me, so naturally I usually use it to try out new cameras, and I’ve had some weird results where a couple of cameras will get very dull/flat pictures from it. Other cameras will produce incredibly vibrant and sharp photos too, so I’ve had it go both ways for me. Either way, this film is still my go-to and it will probably remain such!