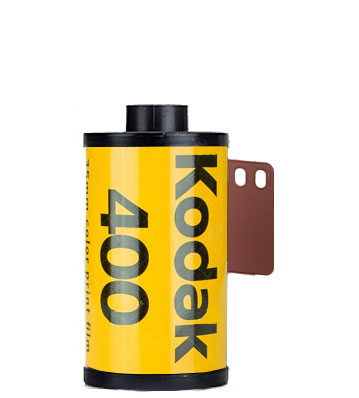 This color negative film is a great alternative to more expensive Portra 400.  It has very high exposure latitude, strong saturation, medium to high contrast, and its grain is more noticeable than pro grade film but is still very good looking.  Its a versatile film, good for daylight and lowlight shooting.  Like most Kodak, its warm tones make it good portrait film and it’s strong saturation works well for landscapes as sell. In our opinion, this film is one of the best budget films and is great for beginners since it does so well with over exposure.

Overall, I really enjoy this film. The 400 speed means it can handle most situations well, and I think it does the “Kodak” look the best. I also personally enjoy the slightly grainier look this film has. Definitely a good daily film, and a good one to start out on!

I love Kodak Ultramax. It is versatile and affordable. Similar to its younger brother Kodak Gold 200, it has a golden-yellow hue to the pictures. I highly recommend shooting this film during golden hour. One thing to keep in mind however, is that the film is quite grainy. It is very different from Kodak Portra but very similar to Kodak Gold. In fact, I will just go ahead and say Ultramax looks like a grainier version of Kodak Gold. I would use ultramax for street shooting, golden hour landscapes/portraits, and general use for pretty much everything else that is relatively well lit. 4/5 because it is a little too grainy for my taste