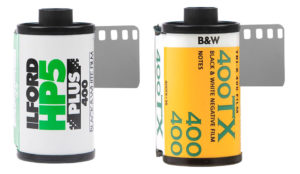 Which 35mm film do you prefer?

Black and white film has always had a soft spot in the heart of many photographers. Its ability to remove color and focus on the story has made it a go-to for those capturing realism.  In this article, we explore the difference between the films and also their history. 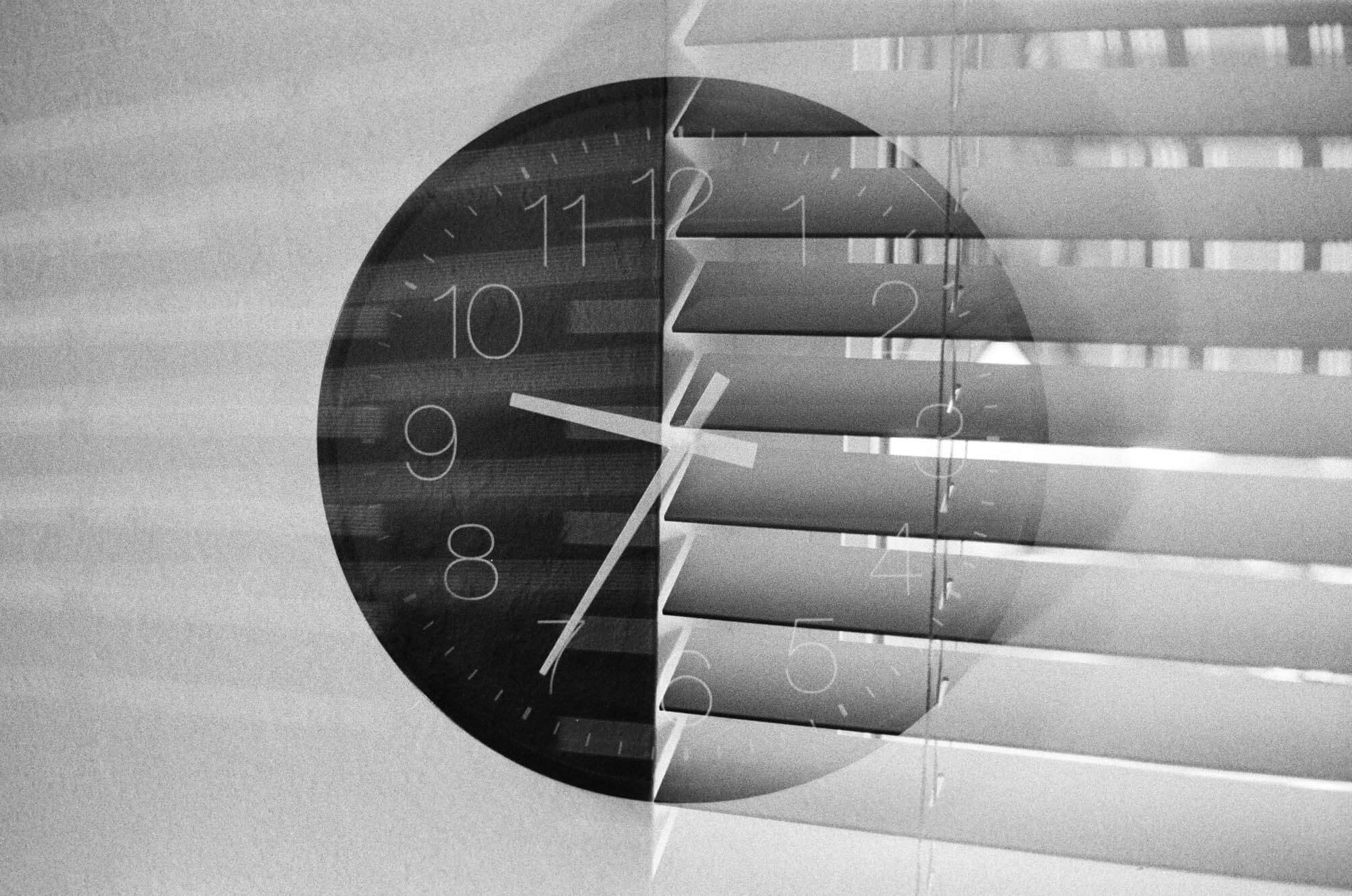 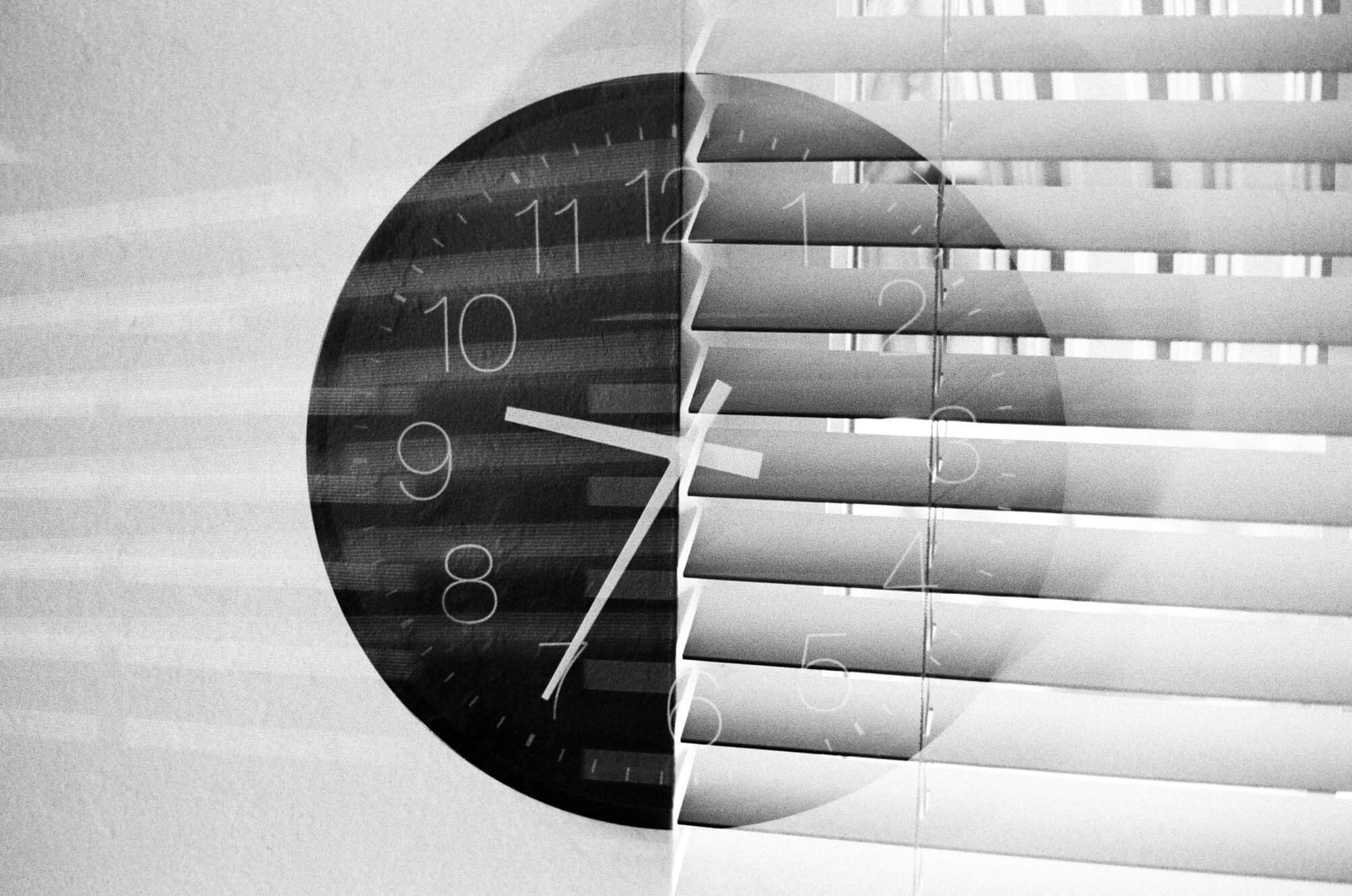 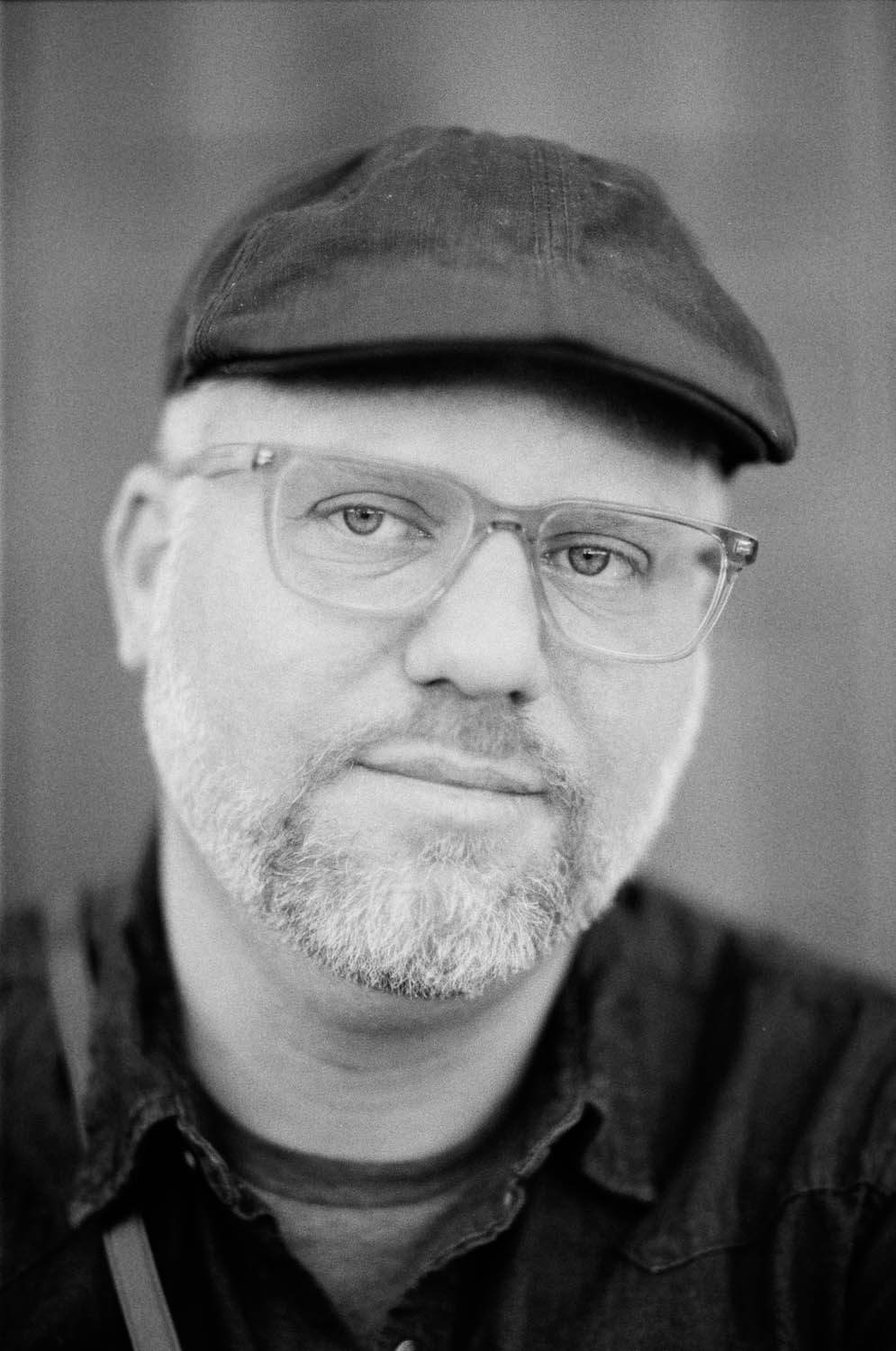 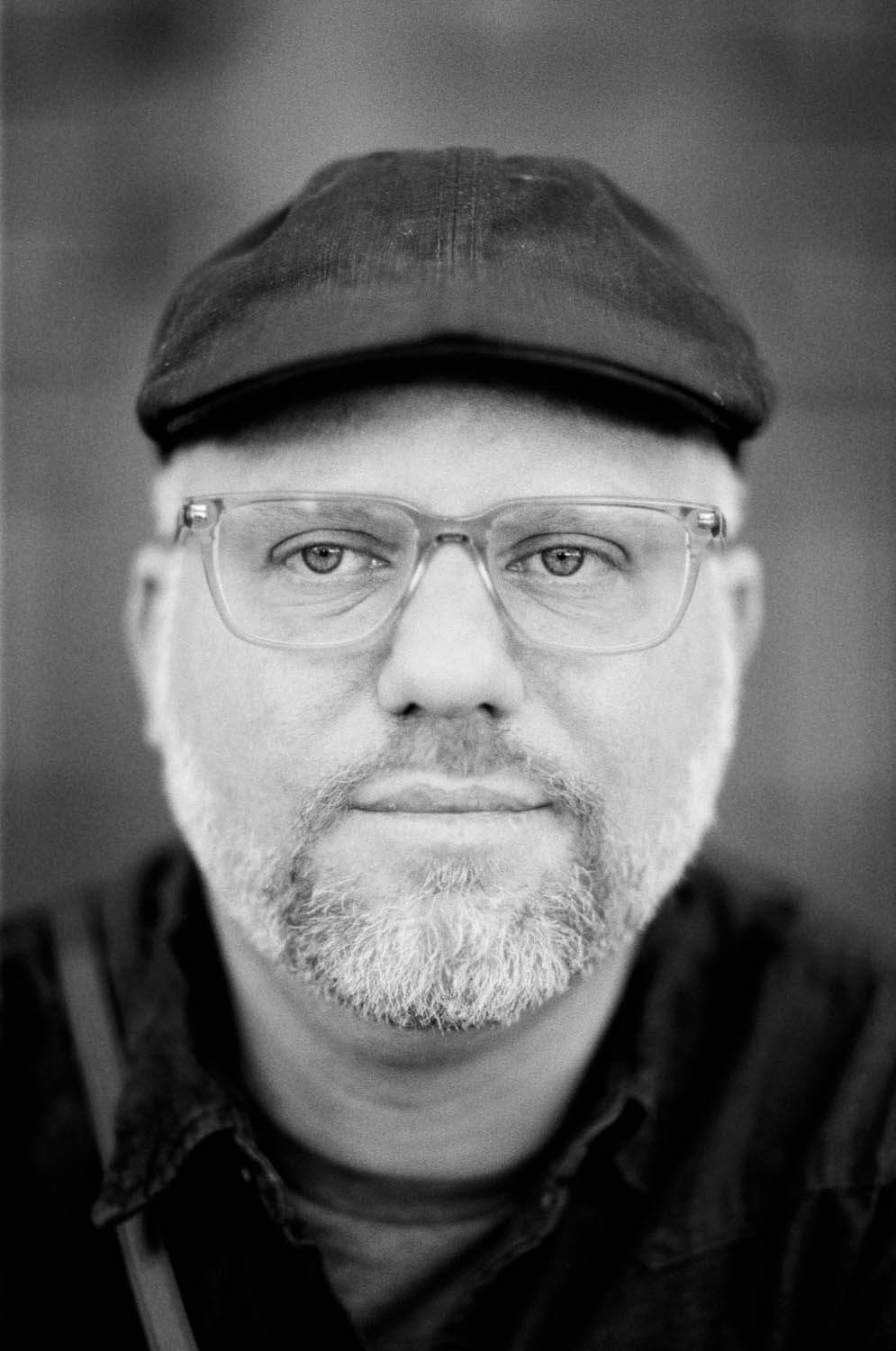 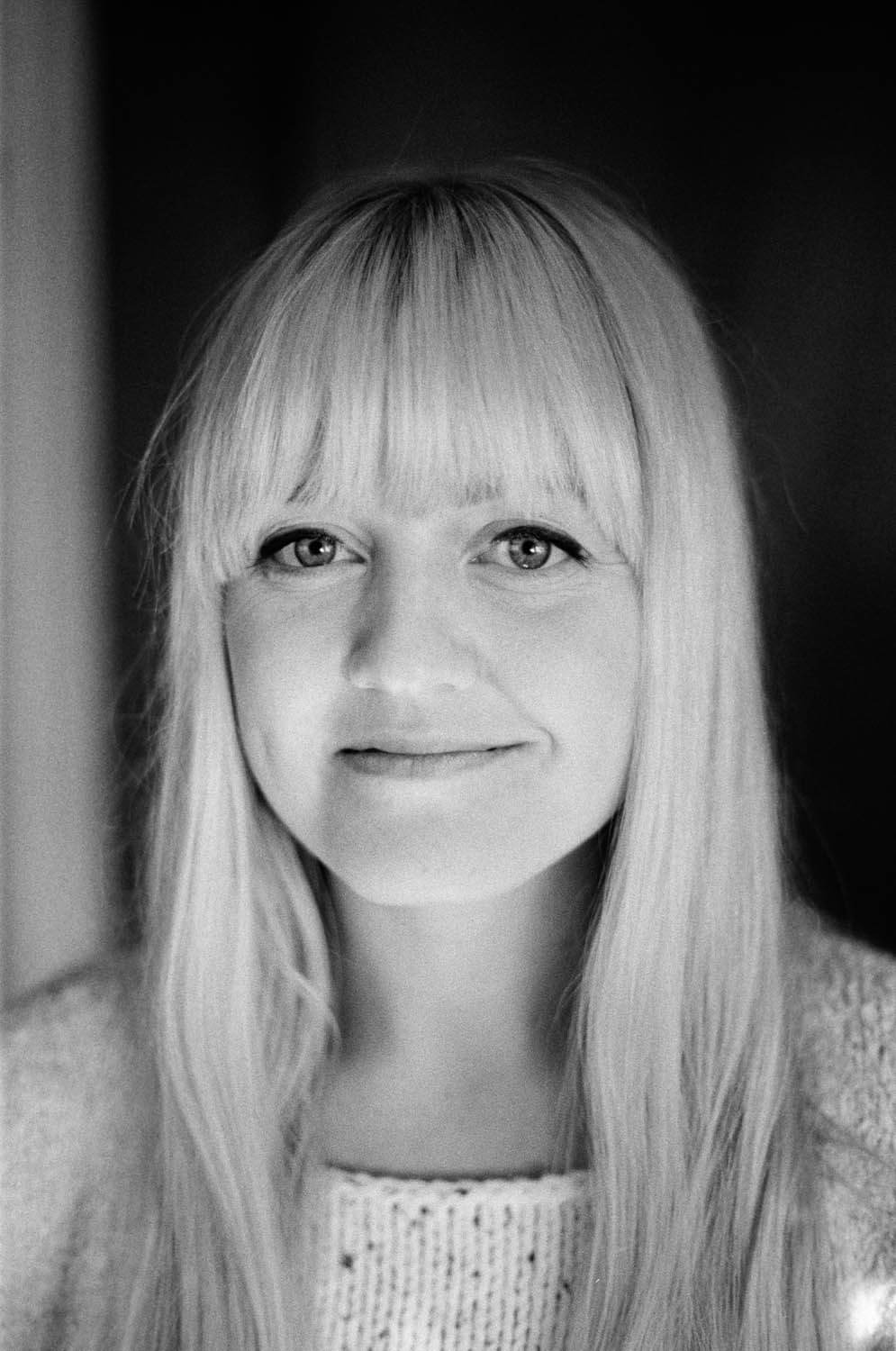 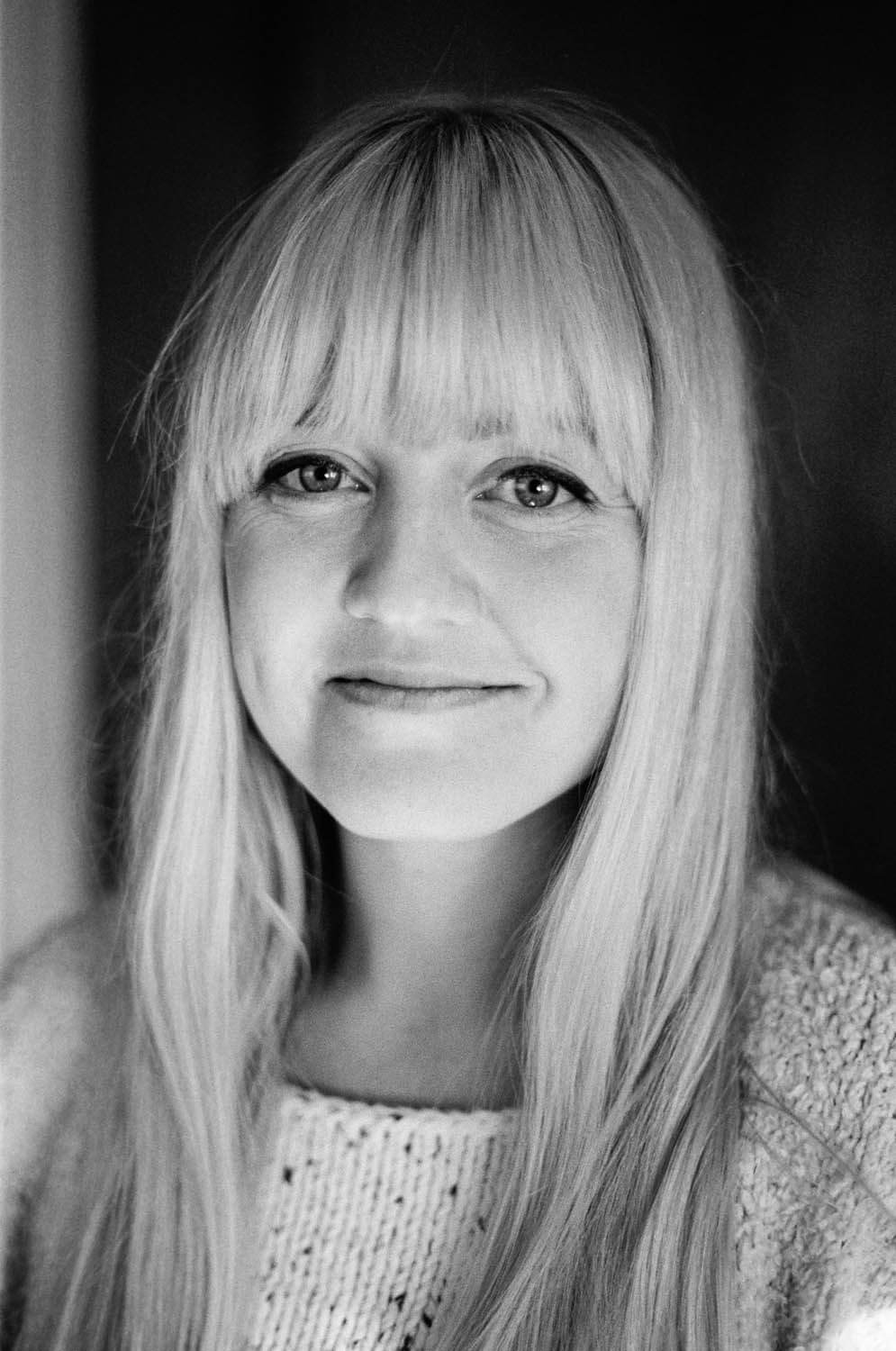 What Type of Photographer is Tri-X and HP5+ Catering To?

Both films favor photojournalism, street and documentary photographers due to the finer film grain and contrasting exposures. There’s a sense of realism when taking photos with either film stock.

Kodak is at the forefront of film photography, and many of their film stocks are legendary. Take the Tri-X 400 as an example. Being over sixty years old since its first release, the B&W film has seen its fair share of photographers over the decades. Having originally made its entry into the world in a 120 format, photographers would be waiting another 14 years before the 35mm film could be loaded in their cameras.

The characteristics of Kodak Tri-X are iconic, regardless if you are shooting in 35mm or 120. Photographers get to experience a prominent grain that has a distinct light-to-dark contrast ratio. This level of contrast has made it a popular staple amongst photojournalists, documentary, and street shooters.

With an ISO rating of 400, Tri-X is an ideal film for overcast days and darkened rooms with window lighting. Kodak’s Tri-X exposure latitude is a well-known secret amongst film enthusiasts. Offering a generous three stops of exposure latitude (+/- 1.5 stops), it’s forgiving for under or over-exposing.

It’s worth noting that Tri-X is a tolerable film. The emulsion can handle pushing the film to higher ISO’s, such as 800, 3200, or an extreme 6400. You’ll have to adjust your camera manually and let us know what ISO you shot it at before we process the roll.

When picking up a roll to try, there are options. Either choose from 24 or 36 exposures, or if you manually wind 100 ft is the best option. Since Tri-X’s inception, it has had some minor changes. These range from increasing speeds from 200 to 400 in 1960 through to a finer grain and the reduction of silver in the film stock. 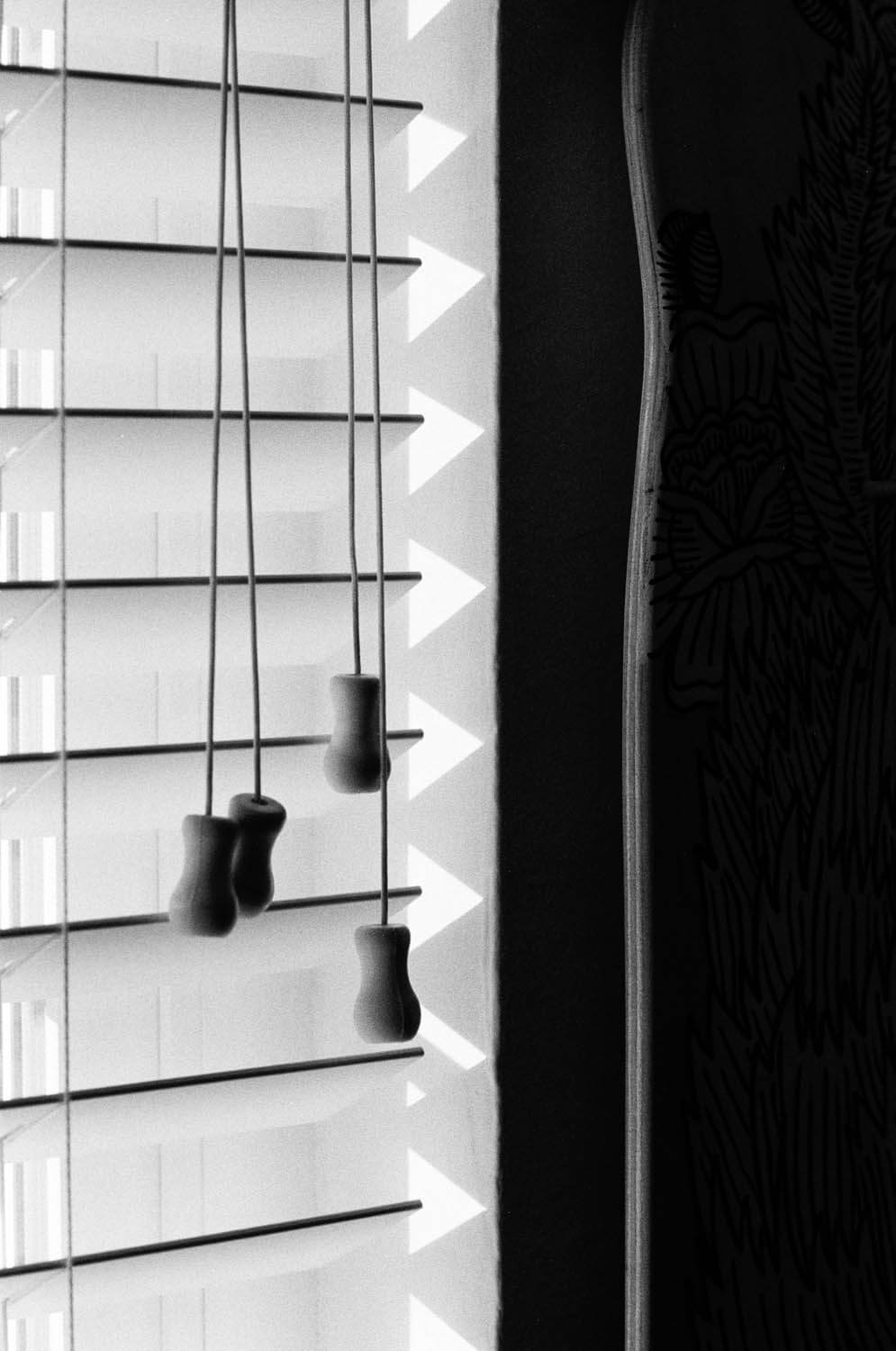 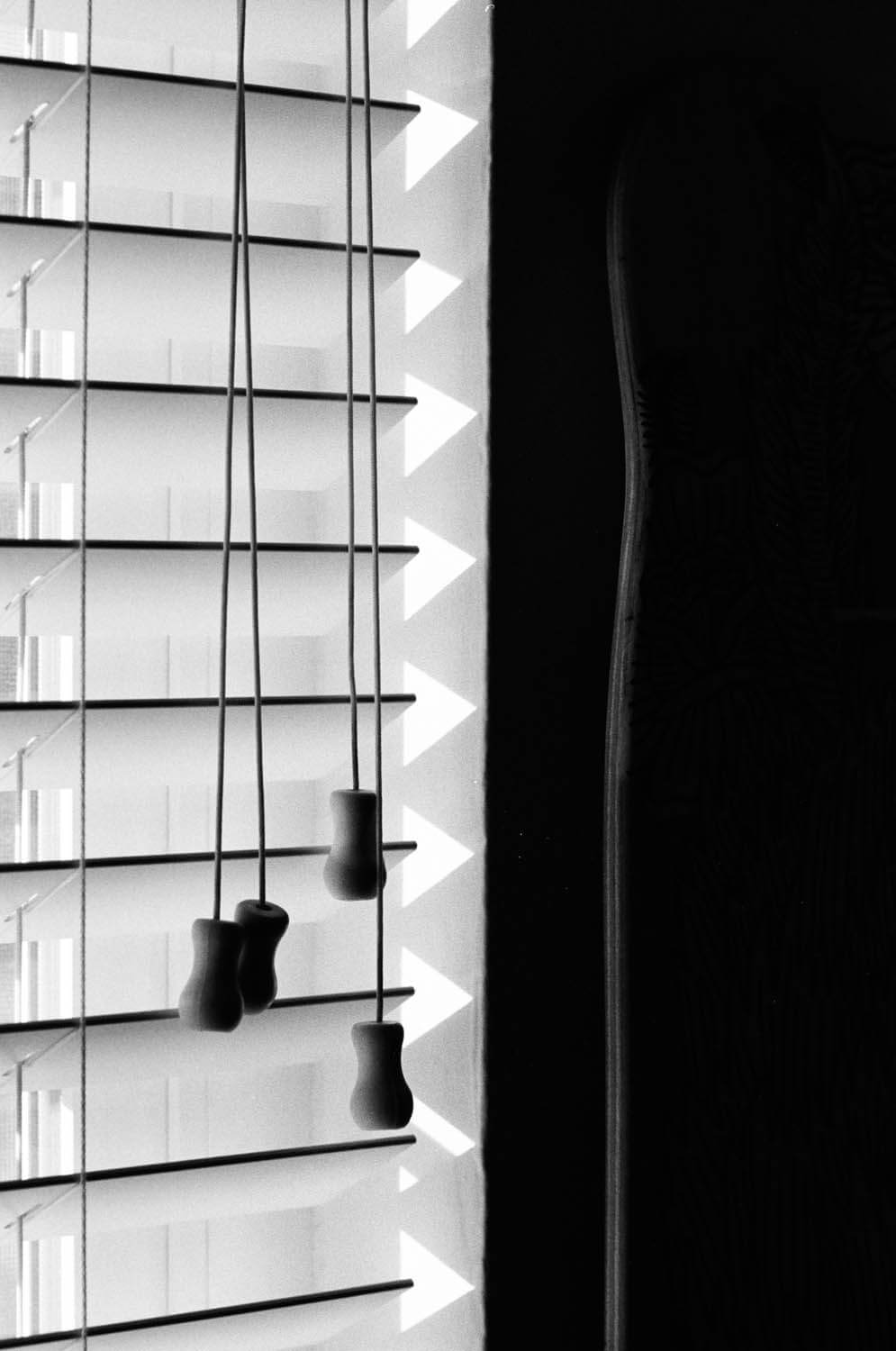 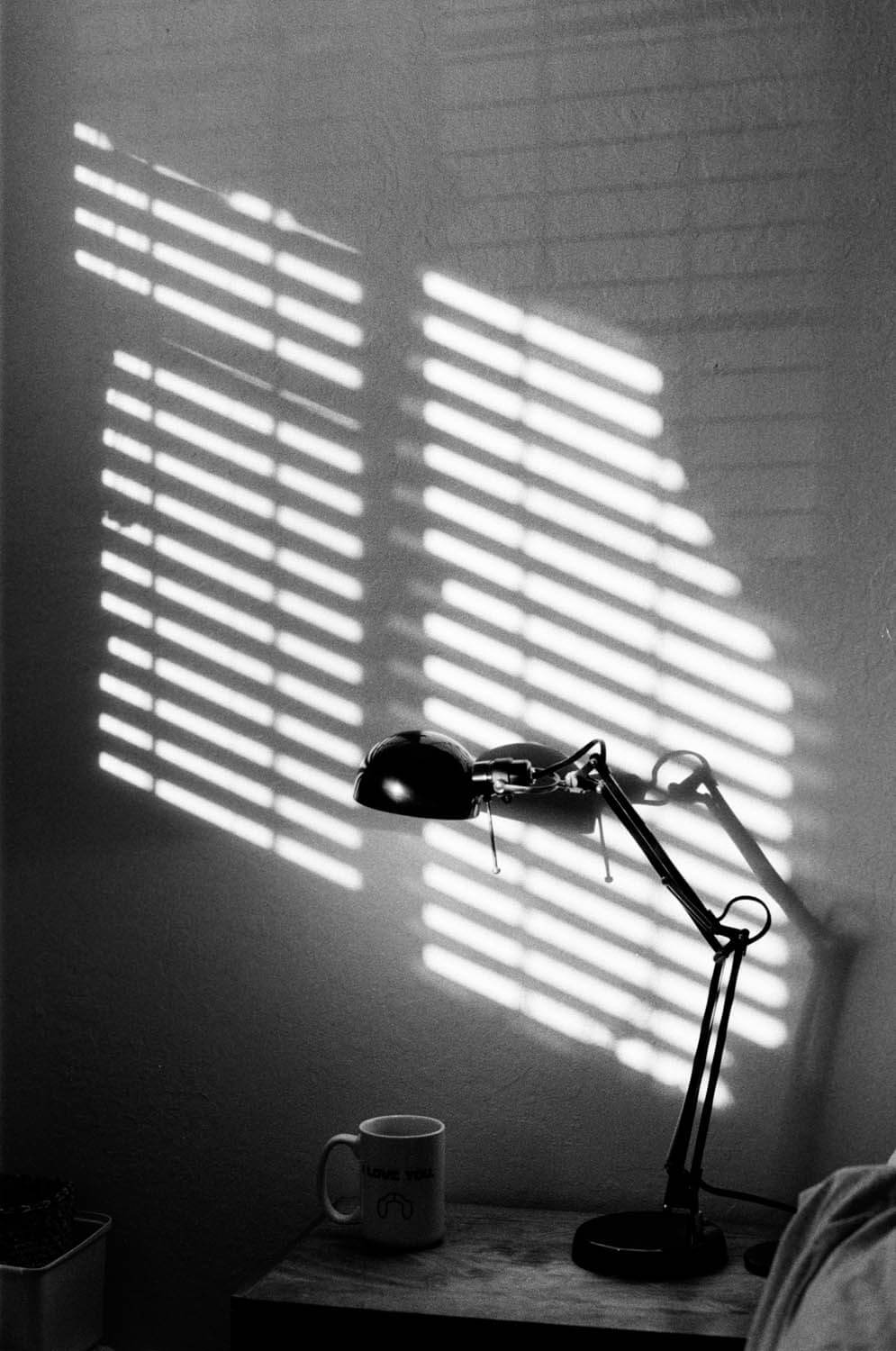 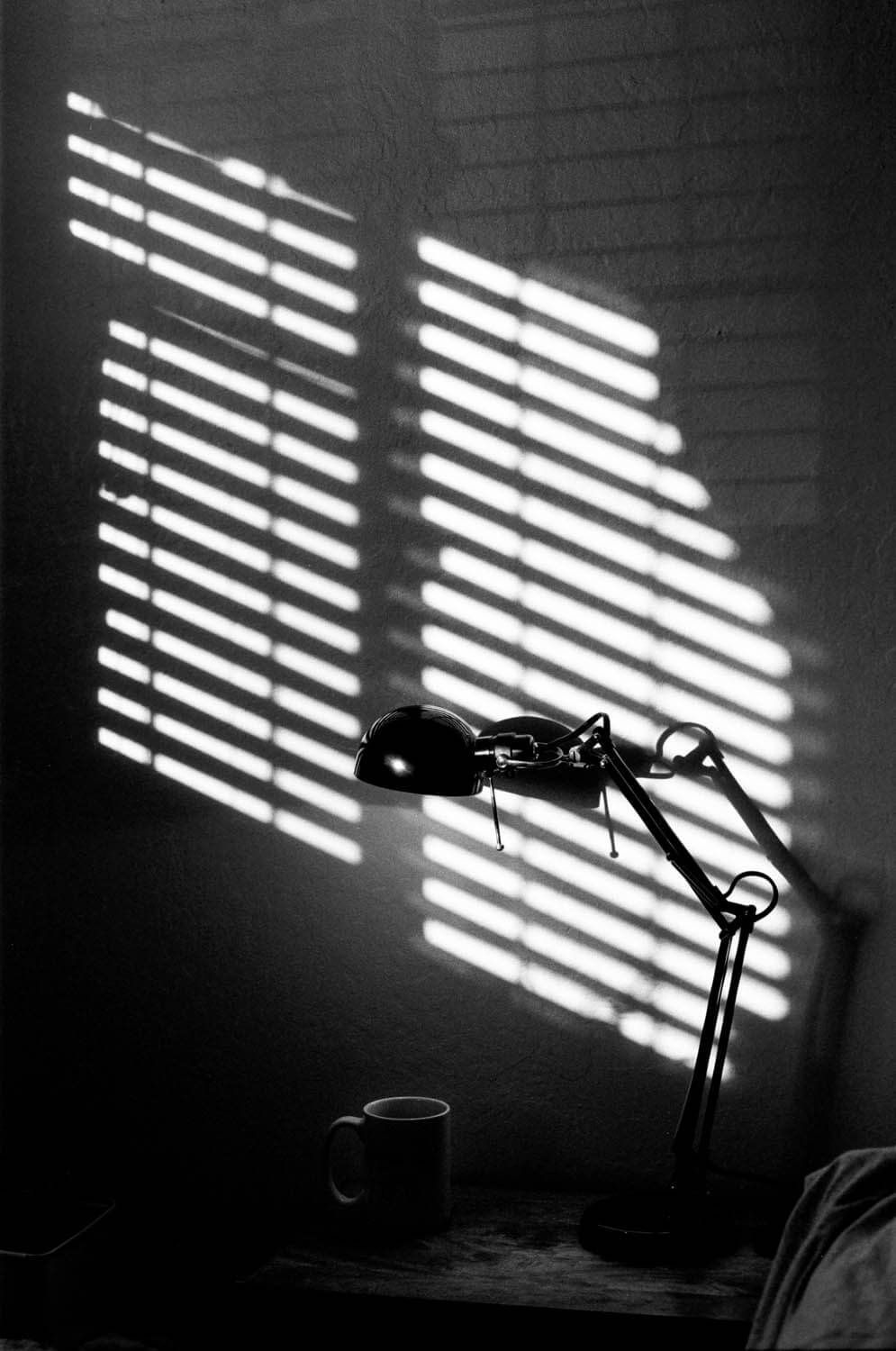 There are many comparisons made between the legendary Kodak Tri-X and Ilford HP5 Plus 400. And, right or wrong, there is a lot about the two black and white films that are similar. But to leave it at that would be dull and not fair to either film. Ilford HP5 Plus has a lot of characteristics that are worth further exploration. Ilford HP5 Plus 400 is a brilliant all-rounder film. But, if you want to explore genres such as photojournalism, street and documentary, it’s probably the best choice – especially for those on a budget.

Ilford’s HP range of films dates back to 1935 after initially creating HP coated glass plates a few years earlier. Ilford HP, or Hypersensitive Panchromatic, transitioned to the current HP5 Plus 400 in 1989 and remained unchanged. Why fix what isn’t broken? It’s a classic film stock with a unique and gritty character. But what’s clear about HP5 is that it still holds up today as a great black and white film choice.

Ilford HP5 Plus delivers strong tonality, and the rendering of shadows is excellent in that it doesn’t pull out all the details but instead lets shadows be shadows. The play in the film’s contrast is evident with deep dark tones and highlights that push out of the image. It is all providing that the lighting is right. All in all, Ilford HP5 Plus portrays a stark and finely grained scene with solid contrast elements.

When it comes to processing, the HP film is a dream to work with. You see, Ilford has created this film to dry flat, and that makes all the difference when scanning your negatives. Also, Ilford’s HP5 Plus 400 is available in various formats from 35MM 24 EXPOSURE, 36 Exposure, 120 Roll and even pre-loaded on the Ilford Single Use camera. Further to this, Ilford provides a range of sheet film in all standard sizes.

As for shooting with the Ilford HP5 Plus black and white film, the results are excellent. The film does not work to capture every single detail in the scene. Due to its contrasting tonality, details fade into shadows or pop out in well-lit areas. As you load this film, don’t mourn lost detail, as you have to expect such an outcome. If you’re looking for a detail-focused film, look elsewhere. But for capturing grainy and atmospheric scenes where the attributes of the emulsion form part of the story, HP5 Plus is ideal.

Ilford’s HP5 Plus has a long history and for an excellent reason. It delivers a look that has appealed to visual creatives for decades. It’s a look that cannot be replicated in digital due to its imperfections in retaining image detail and its contrast in the right light. But isn’t that the whole point of why we shoot films like this? Digital should never be compared to analog mediums as they are two very different processes. Ilford HP5 Plus 400 Black and White film is a testament to just how unique film photography can be.

In summary, if you are looking for gritty and a grainy look that’s affordable then we would recommend Ilford HP5+ 400 film. Otherwise, if price isn’t an issue, then Kodak Tri-X 400 outperforms in low light. 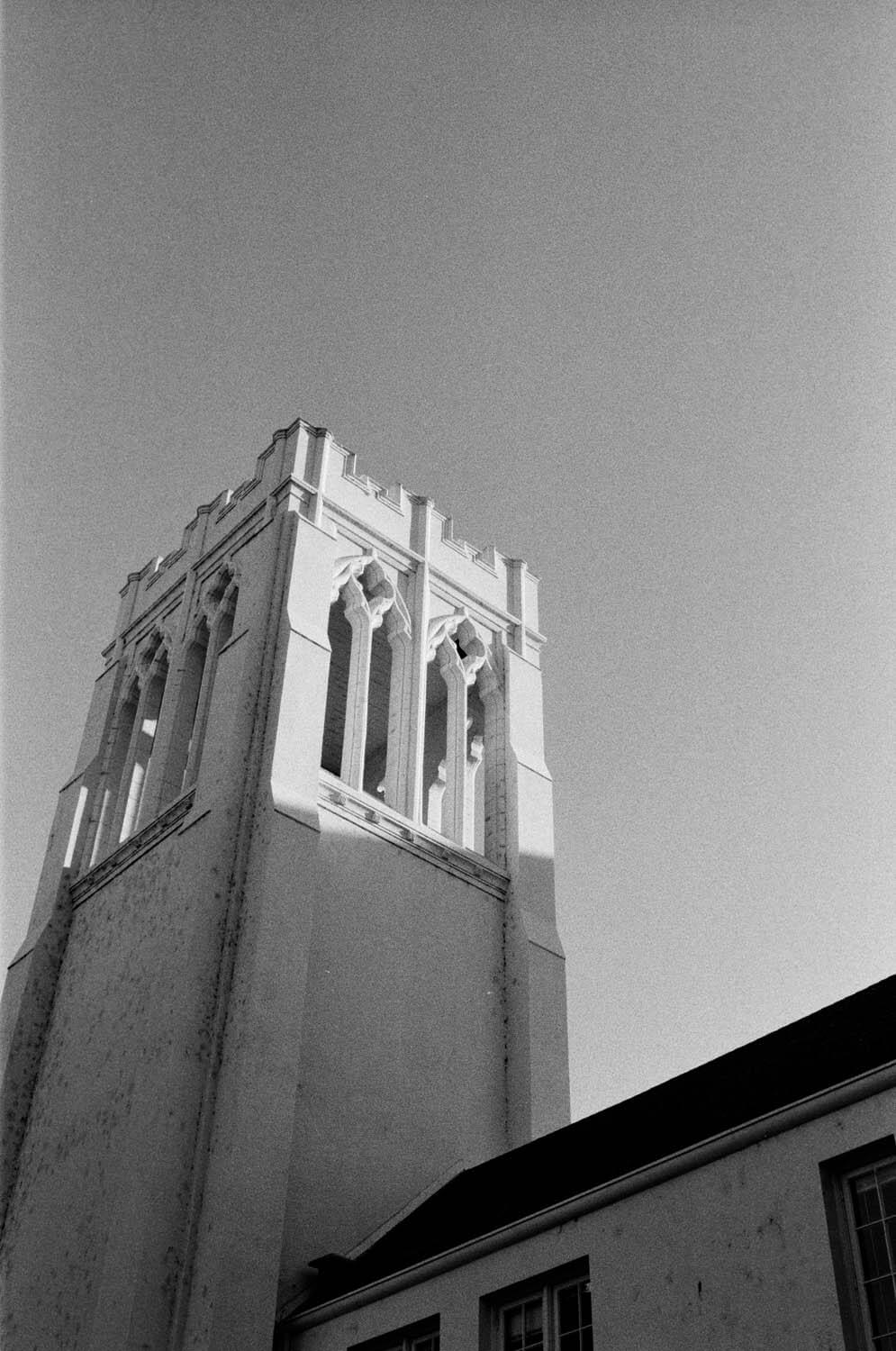 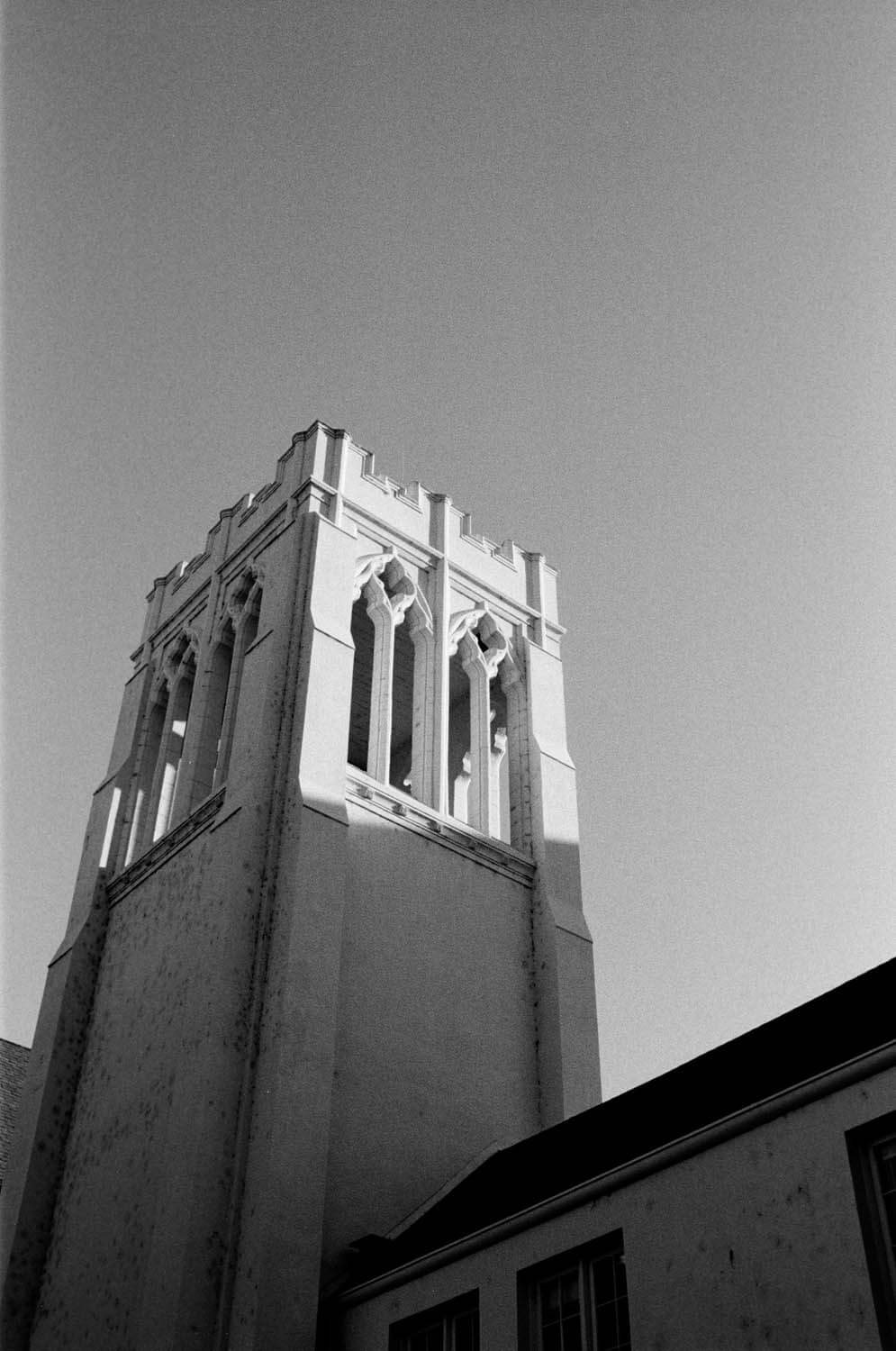 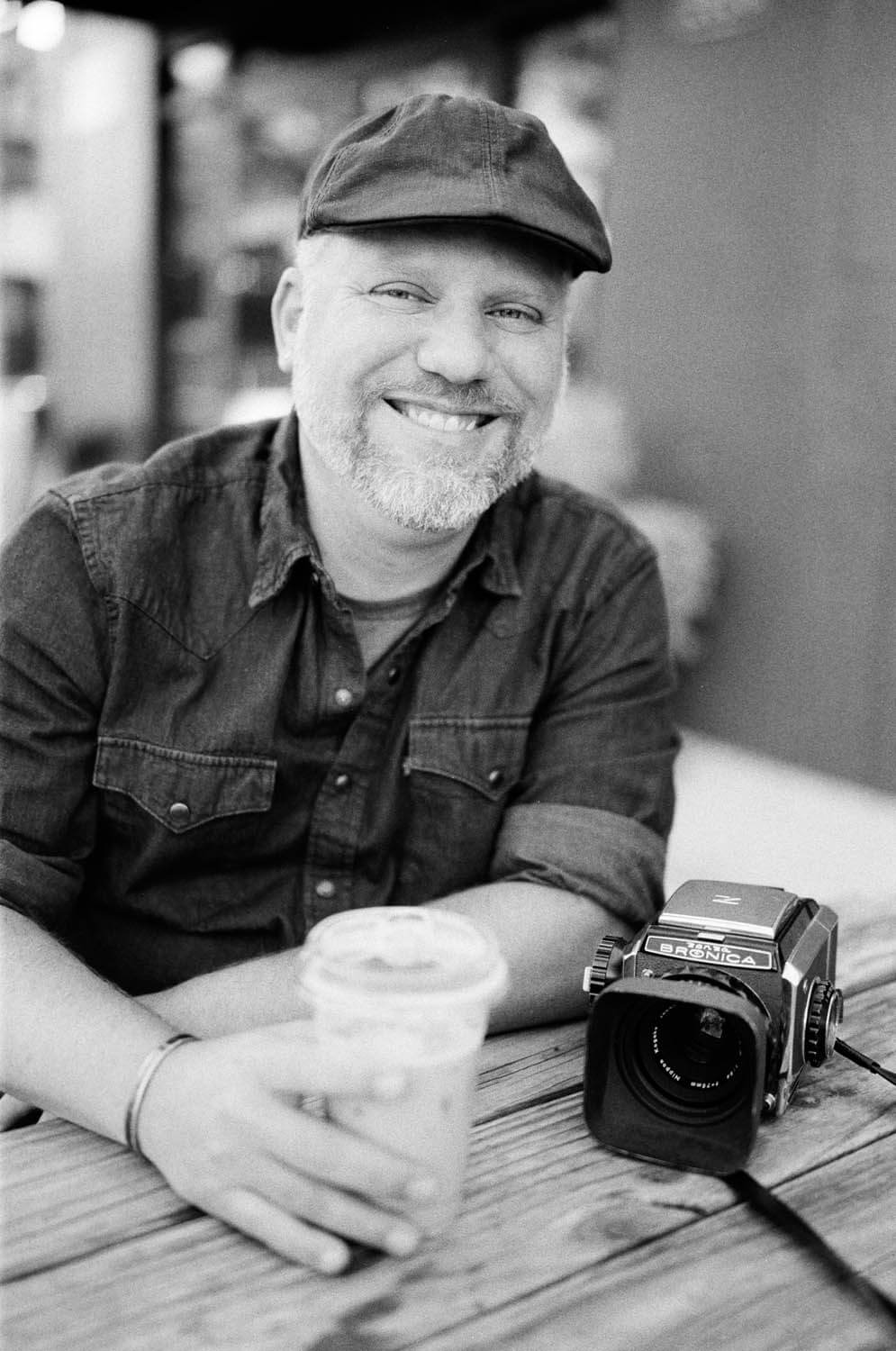 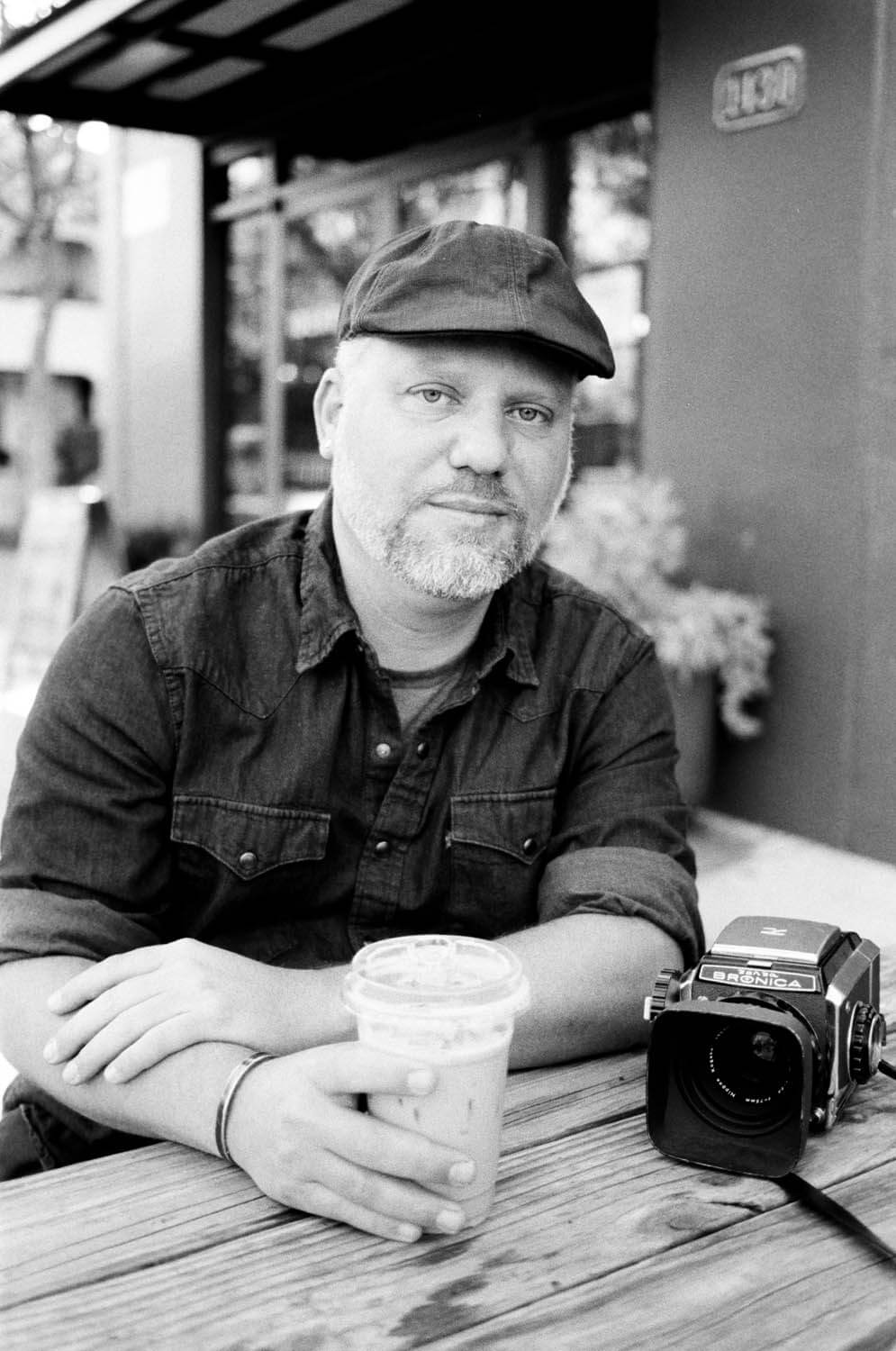 A side by side comparison and photo examples between the Leica M.P. and Canonet QL17 GIII with the Kodak Tri-X 400 and Ilford HP5 400 film
See Leica vs. Canonet Post 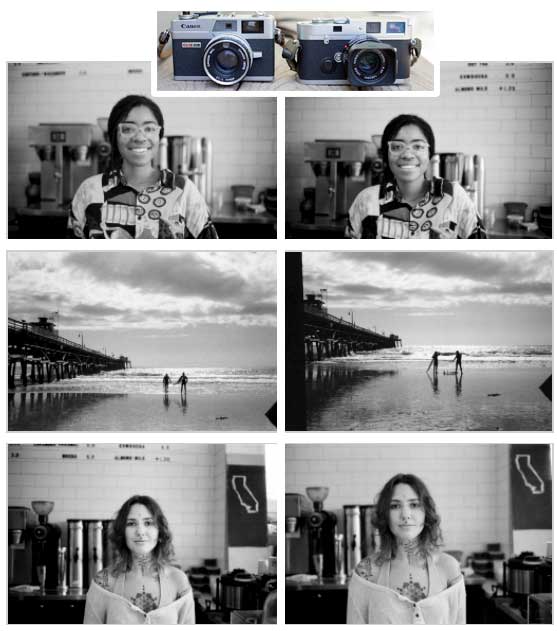 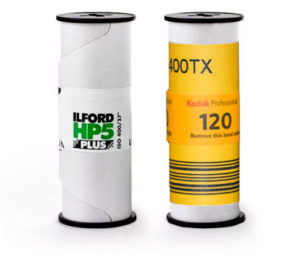 Like HP 5…usually get better results. 35 only had to stop using 120 keep getting 2 light struck frames from loading…never have this problem with any other film.

Correction: Most of Irving Penn’s 2 1/4 tri-x for “Worlds in a small room”, were developed in UFG.

I used UFG for a while in the 70s, trying to get Panatomic-sized grain at ASA 400. Worked pretty well!

I’m a bit new at developing. Back in the 90s, I shot T-Max 400, mostly.
Now, I finally decided to try Tri-X. (D-76, 1:1 @ 80°F) I just love the tonal range and the grain.
I went to my local camera store, who doesn’t or can’t stock Tri-X, so I bought a couple rolls of HP5+. I’ll process that in D-76 1:1 also and see how it goes. The scanning and post processing afterwards can also make a difference; maybe more than anything else.

Sorry, bit the comparison is entirely nonsense if you do it with different cameras. If you compare Leica glass with a Canonet QL17, you will have a massive difference in the contrast. No matter want film stock you use.

Yes it’s quite a bizarre comparison – why mention the Leica MP? It’s the lens that makes the only difference – these could be shot with a 1960’s Summicron with low contrast or the latest ASPH with far more contrast. The Canonet while a great little camera, of course, produces lower contrast images than what a more modern lens does.

I disagree, the comparison is pretty much informative. Here are some considerations: Tri-X emphasizes skin imperfections and wrinkles. This film is more suitable for brutal or muscular portraits. HP5 is for more atmospheric and delicate portraits. Both films are legendary, but you have to be thoughtful when using them and not get hung up on camera models. You can take great pictures with almost any camera and lens

[…] contrast. As probably the most popular traditional black and white films of all time they naturally invite comparison. That also means people develop strong feelings about them. There are die hard Tri-X fans that vow […]

That camera doesn’t have a meter. The dial is only a film type reminder

I find the hp5 to be sharper and more fine grained when I use it.

[…] you can’t go wrong with either choice as both are able to produce great images. Here is a fantastic comparison between the two 35mm film stocks from […]

It seems that you underexpose some of the Tri-X.

Also, what does “..a sense of realism” mean?

I was reading your post “Kodak Tri-X vs. Ilford HP5 – Comparison”
https://thedarkroom.com/kodak-tri-x-vs-ilford-hp5/

And wanted to know what you used to scan the photos to digitize them for the purpose of this article? What i am looking for here, is what kind of film scanner to choose for my film negatives.

Thank you for your time. And very nice post, it help me choose which film to use for my shots

[…] films like Kodachrome that it once seemed to be losing against. In 1989, Ilford released what is still a strong Tri-X competitor; HP5. And in 2007, as digital began to compete seriously with film, Kodak struck back with a […]

I just completed a comparison test of Tri-X and HP5+. The films are nearly identical in sharpness and grain. HP5 + may be a little finer-grained, but it is almost impossible to tell for certain. The films were processed simultaneously in the same tank, developed in Adox FX-39 II developer diluted 1 + 14 for 9.25 mins @ 68F/20C.

I made 7x enlargements, and both were about the same density. They printed at the same time on the enlarger.

HP5+ may have a touch more contrast (at most 1/4 grade), but other than that I have to say it is basically a draw. 15 seconds more development of Tri-X would probably be enough to match them perfectly

Yesterday I exposed two rolls of HP5 + and one roll of Tri-X of an old house, under clear skies and brilliant sunshine. I shot them all at 1/500 sek, running the aperture from f/16 to f/1.4. Developed them together in the same tank in FX-39 1+14 for 9.25 minutes @ 68F/20C. The negatives look very similar. Looking around on the internets, I see all kinds of ‘comparisons’ of these two films by people who have no idea what they are doing. Looking at the negatives through a loupe (Edmund Scientific 6x), I cannot tell them apart.

I just completed a comparison test of Tri-X and HP5+. The films are nearly identical in sharpness and grain. HP5 + may be a little finer-grained, but it is almost impossible to tell for certain. The films were processed simultaneously in the same tank, developed in Adox FX-39 II developer diluted 1 + 14 for 9.25 mins @ 68F/20C.

I made 7x enlargements, and both were about the same density. They printed at the same time on the enlarger.

HP5+ may have a touch more contrast (at most 1/4 grade), but other than that I have to say it is basically a draw. 15 seconds more development of Tri-X would probably be enough to match them perfectly

I can’t count the numbers of rolls shot as a photojournalist…or 100′ rolls. Back in J school my mentor handed down a “family recipe” for taking Tri-X to 1600 and 3200. It’s basically what Kodak X-Tol would become years (and years) later. Edwal FG-7 with 2.5 film canisters of sodium sulfite. I think development was about 17 minutes with agitation only at T-12 and T-5. Unusual and effective, I was shooting low natural light very early in my career and coming away with a unique look that featured tight grain and amazing constrast…or what I called “pop!”. Tri-X for me please. While I shot a few rolls of HP-5 along the way I felt the Tri-X handled that particular recipe the best.

Another great article ! Your comparisons are invaluable.
On a lighter note, when you have a $5,000 dollars camera, your photos should look really right. You no longer can say it’s because of the camera … 😁