A found film mystery from a Central California thrift shop

We want share a compelling story from The Darkroom customer, Josh Bohart. Josh was recently featured on a local ABC10 news segment because he bought an Argus C3 (aka “The Brick”) camera from a Goodwill Thrift Shop in Folsom, a Central California town. When cleaning the camera, he was surprised to find it loaded with a half exposed roll of Tri-X Pan film. Curious about the contents, Josh sent the film to The Darkroom for developing. He was amazed by the photos (and we are too), quickly realizing he has a duty to find the people in the photos and reconnect them with these lost memories.

Use your social media power to solve this mystery and helping Josh reunite this family with their memories.

See photos and more about his story below. 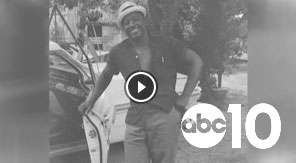 Josh created a Facebook page where people can discuss the photos and submit tips:
facebook.com/FoundFilmMystery 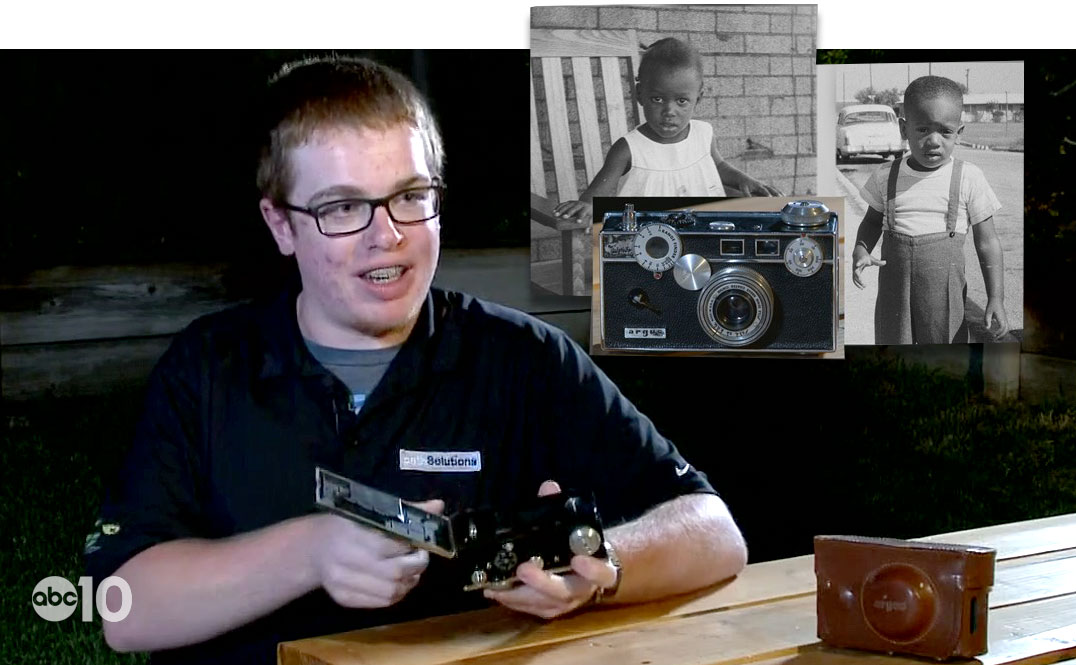 October 17, 2019 Update: It was August of 2017 when we first met Josh and worked with him on this sharing his story on our site and social media. In a heartfelt and sincere way, he simply wanted to find the members of this family so he could return these precious images to them and that was heartwarming and a story we were excited to share.

Sadly, we learned that Josh was a victim of a fatal accident. This is a true tragedy, especially at 20 years of age. This page will remain up in memoriam and as our way of remembering and honoring Josh. Our condolences go out to the Bohart family in this difficult time.

Josh Bohart, an old camera enthusiast, wants to find the people in these images. The 18-year-old Folsom Lake College student has a hobby of collecting cameras. Frequenting local thrift shops where he often finds cameras, he recently bought an Argus C3 camera for under $8 to add to his camera collection. “Whenever I go down to Goodwill, I find cameras, and then as soon as I get home I will do research. I’ll watch videos on how to use them,” Sometimes, Josh said, he finds film inside his purchases, but the film he found in the Argus C3 was different. The roll of Kodak film looked dated – vintage.

“I went to clean it, opening the back and saw film in it, and it quickly – I had to close it because of the light. I was like, ‘Oh no!'” he recalled.

He sent it to a company called the Darkroom, located in Southern California, which specializes in developing old film.

“They will process your film and they give you the scans back,” Bohart explained. “Like, a week later, I got the scans back. I saw the first photo, flipped out, ran downstairs, told my mom, ‘Oh my god, look at these!’ right?”

What the company sent back to him sent shivers down his spine: 20 family photos in remarkably good condition for sitting undeveloped in a camera for more than 50 years.

“I was just amazed that this thing had captured great photos that stayed basically how they were 50, 60 years ago,” Bohart said. “The ones of, like, the girl and her father or uncle, I’m not sure, that one looks like it was taken yesterday, and it’s just fantastic how a camera like this could kind of, like, seal those in a box and keep them safe for all this time.” 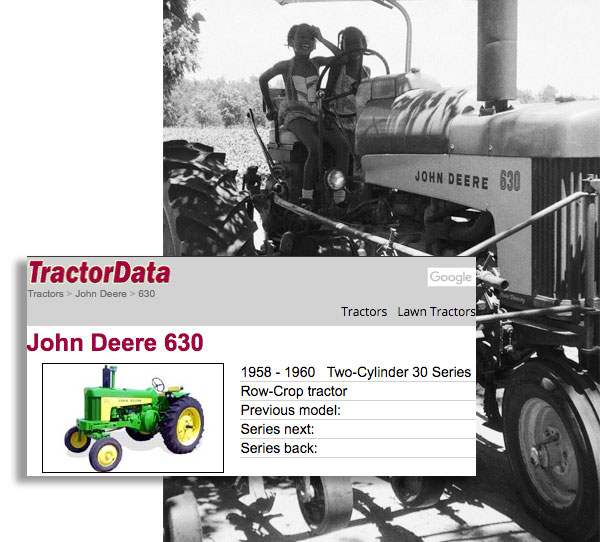 Clues in the photos point to the time they were taken: Bohart guesses around 1960, give or take a year or two. Two girls are pictured sitting on a John Deere 630 tractor, which according to TractorData.com was manufactured between 1958 and 1960. The tractor in the photo looks relatively new.

Also, two of the girls are wearing cat-eye glasses, fashionable in the 50s and 60s. The Argus C3 would have been a widely used camera during that time as well.

Bohart’s mom Cindy Bohart said when her son saw the photos, he knew what he had to do.

“Josh just kind of lit up and said, ‘We need to find the owners,'” she recounted to ABC10 News. “Our first thought was, ‘Wow, these belong somewhere – not in an old camera, not somewhere where they’re just going to be thrown out into somebody’s Goodwill bin.'”

Now Josh is asking for the public’s help in identifying the men, women, girls and boys in the photo.

“Those kids in those photos are probably still here. I need to find them,” Bohart said. “Because it would be amazing to hand them these very, very cool family photos, because back then you only had film. There was no digital, so what if those pictures of their mother, their father, their grandfather, what if those were really the only ones that they had?”

“That is the biggest problem with this because these could’ve been taken in, like, Oklahoma or who knows where,” he said. “I will not stop until I find them because it’s just like, it means so much to me because they deserve the photos.”

If you think you might know the people in these pictures or have a clue about the location, Bohart created a Facebook page where people can discuss the photos and submit tips.

I found a roll of Kodachrome-x in an argus c3 I bought at an antique store. I can’t find anyone to develop it though!

Old kodachrome can be cross processed as B&w in developers like d76, rodinal or diluted paper developers like dektol. Home made developers can be used made from coffee, vitamin c and wash soda…I still develope film at home

The picture of the man with the open car door shows a 1958 Oldsmobile Rocket 88 two door sedan. It was one of Harley Earl’s designs for the 50th anniversary for G.M. It was one of the Golden Five as G.M. put it..

The guy leaning against the open car door is holding what appears to be an Imperial Mark XII Flash camera.

if I’m not misktaken, the photo of the two boys standing in front of the car, it appears that its a late model Chevrovet Corvair somewhere in the 1965 – 69 model years. So these images most likely are form the mid-1960s rather than around 1960. I noticed the Corvair immediately when I saw it. My father had one in ’68 that looked just like the one in the photo. And from looking at the farm photos, I’d have to say that it appears to be somewhere in the South, like Alabama or Mississippi where homes like the one in the photo where extremely common. Just an observation…

Very interesting. I sure hope you find them. I also come from a black family and I have negatives my father took back in the perhaps the ’50s and ’60s I’d like to check out. I might approach The Darkroom (?).

I have old films about 25-30 year old, just wanted to know if they can b developed and mostly how much it would cost as I can’t afford a lot of money my chemist here wanted £30 to develop them
Thank
I live N. IRELAND

Looking for information on developing old film , I came cross your site and Josh Bo search for the family in the film he had developed and so saddened to hear he just passed this week suddenly. Strange world we live in, hope they are located.

Such a great story until I got to the news about Josh. Just following up see if the people were found. This is the perfect story for CBS Sunday morning on Sunday mornings 8 AM central time.

Hi Lori, Im Joshs mom and just came across this message. Unfortunately no, the owners of the photos were never found. There had been word that they might be from Ohio, but I could not find anyone who would help to get the information to that region. :(. Thanks so much, Cindy Bohart

Hi Cindy. I just learned of this story. Condolences for the loss of your son. There is a group of volunteers that uses OSINT (open source intelligence) to help locate missing persons. They are called Trace Labs (https://www.tracelabs.org/). You could reach out to them? They might be able to assist with finding the people in the photos, or at least relatives of theirs? Just an idea.

Hello! I just saw your reply for the first time! Thanks for the tip! Will check it out!

Cindy Bohart I have several friends in Ohio so I will pass this off to them and see if any of them can assist.
My grandfather was a professional photographer in the Associated press from th 30s to the 60’s. After he passed all his work was passed to me, and I have negatives of 2 wedding, a few parties an one that might be a christening that look like the 50s maybe. I am working on trying to get the proper scanner to get them to my computer. I hope that I will be able to find the proper familes for those photos too!

I also found undeveloped film that I would now like to send to these fine folks
. God willing, we can hopefully find more families to share some family history with!

My heart goes out to Josh and his family. It is tragic for someone so young to depart so early. He clearly had a great passion for film photography. I’m hoping that these pictures he managed to salvage will remain as a testament to his ambition and help in keeping the spirit of his passion and his memory alive.

I just love all the interest in old photos. I have many rolls that I really want to develop, but they are very old. Is there a different cost for rolls that have no pictures on the roll? Hopefully, some of the rolls will reveal some precious memories. I will definitely be using your service. Thank you so much!

I have a negative I have had for years in an envelope of my brother in an Navy uniform with his new wife. It is a black and white.

I also have 2 colored negatives when I was at home from the Army sitting with my siblings and mom & dad.

Can you develop them all in an 8×10 and 5×7
Can you give me a cost and be able to return the negatives.

No one has mentioned the double exposed photo (the guy standing at open car door)
There’s a topless gal (side view) walking past/toward (?) a window of a house (lower& right)
???

How much per roll & per extra copy