The Ilford Sprite 35-II – An affordable way to jump into analog photography.

There are plenty of good reasons why some love the authentic look and feel of film-generated photographs; there’s also the discipline of having only 24 or 36 exposures to work with, and the anticipation of having a roll developed. Then there’s the desire to slow down from the relentless pace of digital technology and instant gratification 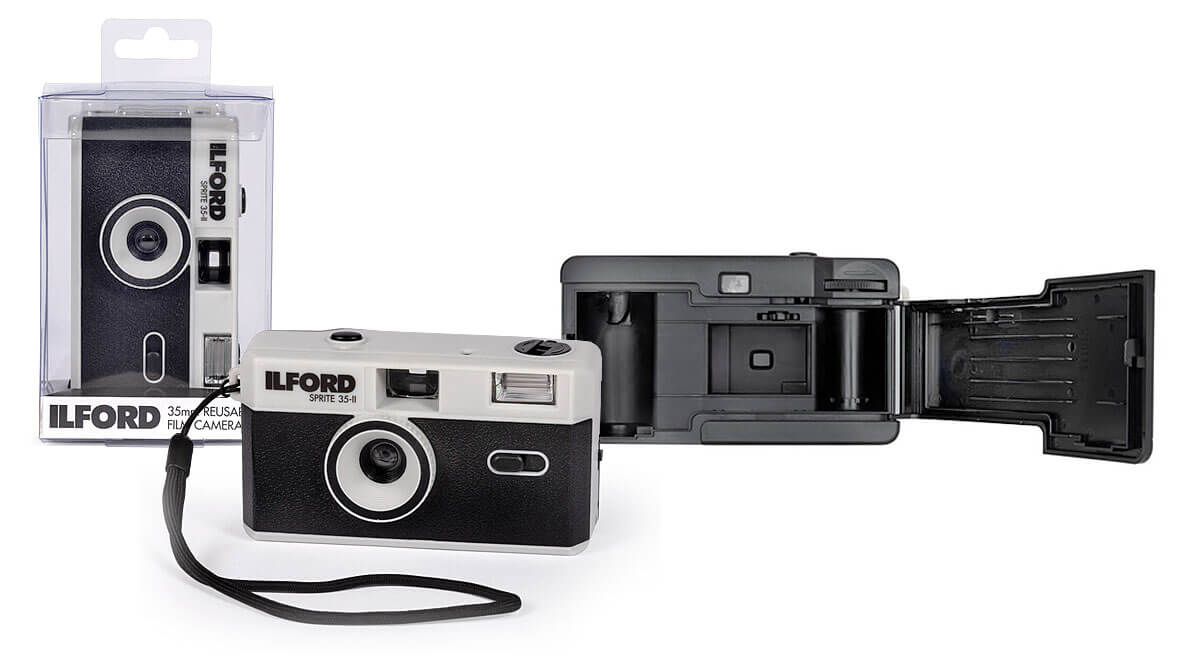 Back in the 1960s, few cameras were easier to use and more affordable than the Sprite 35. Forget shutter speeds, aperture, or light meters – just load a roll of film, hit the shutter button, and press the film lever. It was an attractive camera for people who wanted to capture a few snaps without fussing about the right settings.

The Ilford Sprite 35-II continues that heritage and will meet the needs of people experimenting with 35mm film and looking for a camera that’s ‘no frills’ simple. It’s a step up from disposable cameras and being re-usable, it won’t create extra waste.

The camera has a fixed shutter speed (1/120s) with a 31mm, single element f9 fixed-focus wide-angle lens, perfect for capturing most well-focused daylight scenes and also features a built-in flash with a 15-second recycle time for night time shooting.

Users can load the Sprite 35-II with their favorite film, whether its color negative or black and white, allowing them to capture quick snapshots or moody monochrome scenes. The camera has a manual film advance winding lever to move through each exposure and rewind the roll when the film is finished.