This camera is physically the same as the Lomo color 400 but is packed with a unique film, LomoChrome Purple 400 which is a mimics color infrared film in some ways. The photos this camera produces are other-worldly. It’s a fun camera and of all the Simple Use cameras this is the one we recommend most because LomoChrome Purple isn’t a cheap film to buy so it’s fun to shoot once then once the roll his done, take it out and load another 400 iso color negative film in the camera.

Photos taken with the LomoChrome Purple Simple Use Disposable Camera 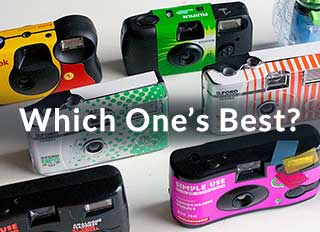