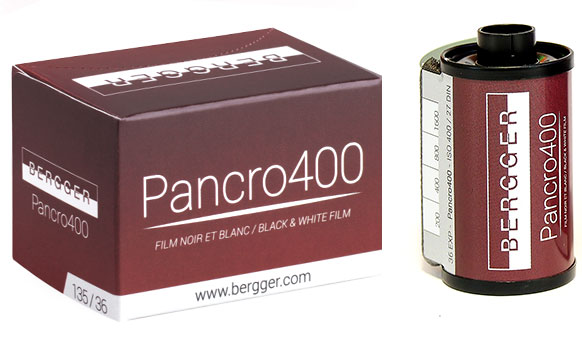 A two emulsion film , composed with silver bromide and silver iodide. They differ by the size of their grain. These properties allow a wide exposure latitude.  Crystals are precipitated by double-jet process, under the control of a computer. The two emulsions are panchromatic, and are stabilized by high tech systems.

View photo examples of this film.

BERGGER Pancro400 in 135 is coated on a 135 microns acetate base and includes DX Coding. It is designed with an anti-curling layer and undercoated anti-halation layer which clarifies during processing and gives the film it a very high resolution.

Pancro400 development is quite easy with most developers available.