Tips for storing photographic film… and it is not always the refrigerator. 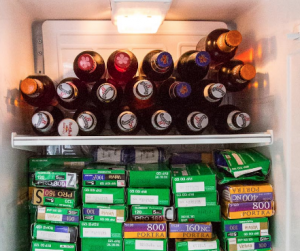 Fresh film is good and gives you the truest color and quality the film is capable of.  Images from improperly stored or old films will get a “fog” like effect with less contrast.

In addition to keeping your film fresh, with proper storage, you can also extend the life of your film well beyond its expiration date. Film manufacturers print the expiration date on the roll, and when stored correctly, you can get great photos years or even decades beyond their printed expiration date.

These storage tips on how to store film are regularly used by professional film photographers and it applies to all types of film, including 35mm film, 120, 220, and 110. Check out The Darkroom’s film format directory.

“Film in the Fridge”

Yep, next to the Miracle Whip and boxed wine. Most photographers already know this tip, but keeping and storing your photographic film at refrigerator temperatures  (13°C /50°F or lower)  keeps it fresh and significantly increases the lifespan of the film. Keep it up front so it’s a friendly reminder to get out and shoot… also so it doesn’t get forgotten with those moldy leftovers. At The Darkroom lab, our break room refrigerator is packed with photo film of all varieties.

Here’s some techie verbiage from Kodak:

Refrigerating camera films reduce the photographic effects of long-term storage, but refrigeration cannot reduce the effects of ambient gamma radiation. Naturally occurring gamma radiation increases the D-min and toe densities and also increases grain. Higher speed films are affected more by gamma radiation than lower speed films. A camera film with an EI (Exposure Index) of 800 has a much greater change than an EI 200 film. Exposed and unprocessed film that has been properly refrigerated retains the speed and contrast of the exposure conditions, but the overall D-min, toe, and grain will continue to increase.

Head to the Freezer for Long-term Storage

If you buy in bulk or taking a photography break, use the freezer (-18°C / 0°F or lower) for periods over six months. Storing film in the freezer puts it into hibernation. For best results and to protect against humidity, it’s recommended you should store film unopened and in its original canister.

Warm-Up your Film after Cold Storage

Frozen film is brittle and prone to distortions, so it is important that film comes back to room temperature before using it. If storing your film in the refrigerator, allow 3 hours and 5 hours for the freezer. Once at room temperature, open the film canister in dim light to confirm film roll is not cold to the touch before inserting in your camera.

Protect your Film from Extreme Heat

Film doesn’t like heat or humidity, especially for long periods of time. While some exposure to heat can’t be avoided, it can be mitigated by keeping your film in the original canister and stored in a camera bag.

To prove this point, we purposely exposed film to heat and developed it. See the side-by-side comparisons of photography film exposed to heat and a properly stored roll of film. 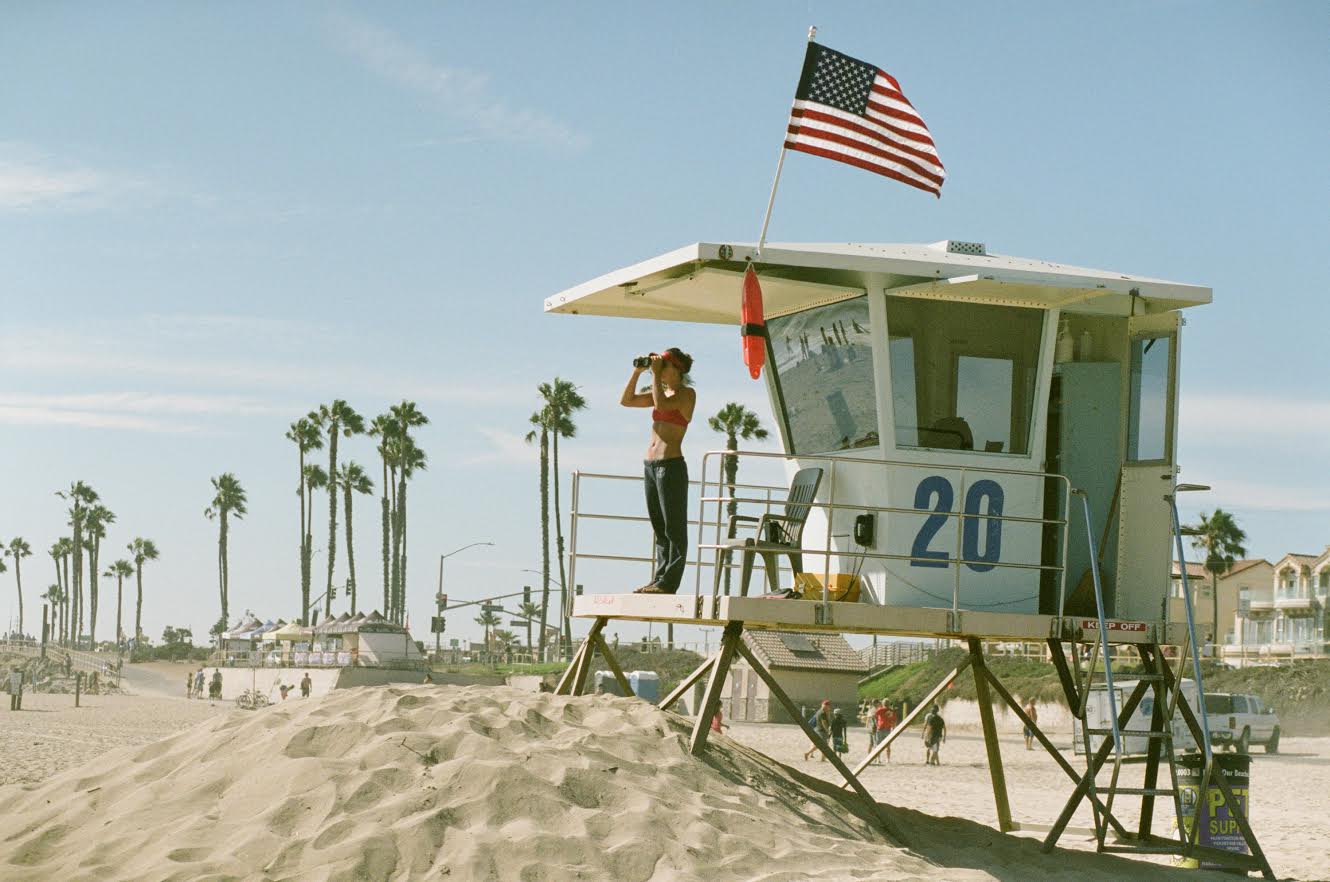 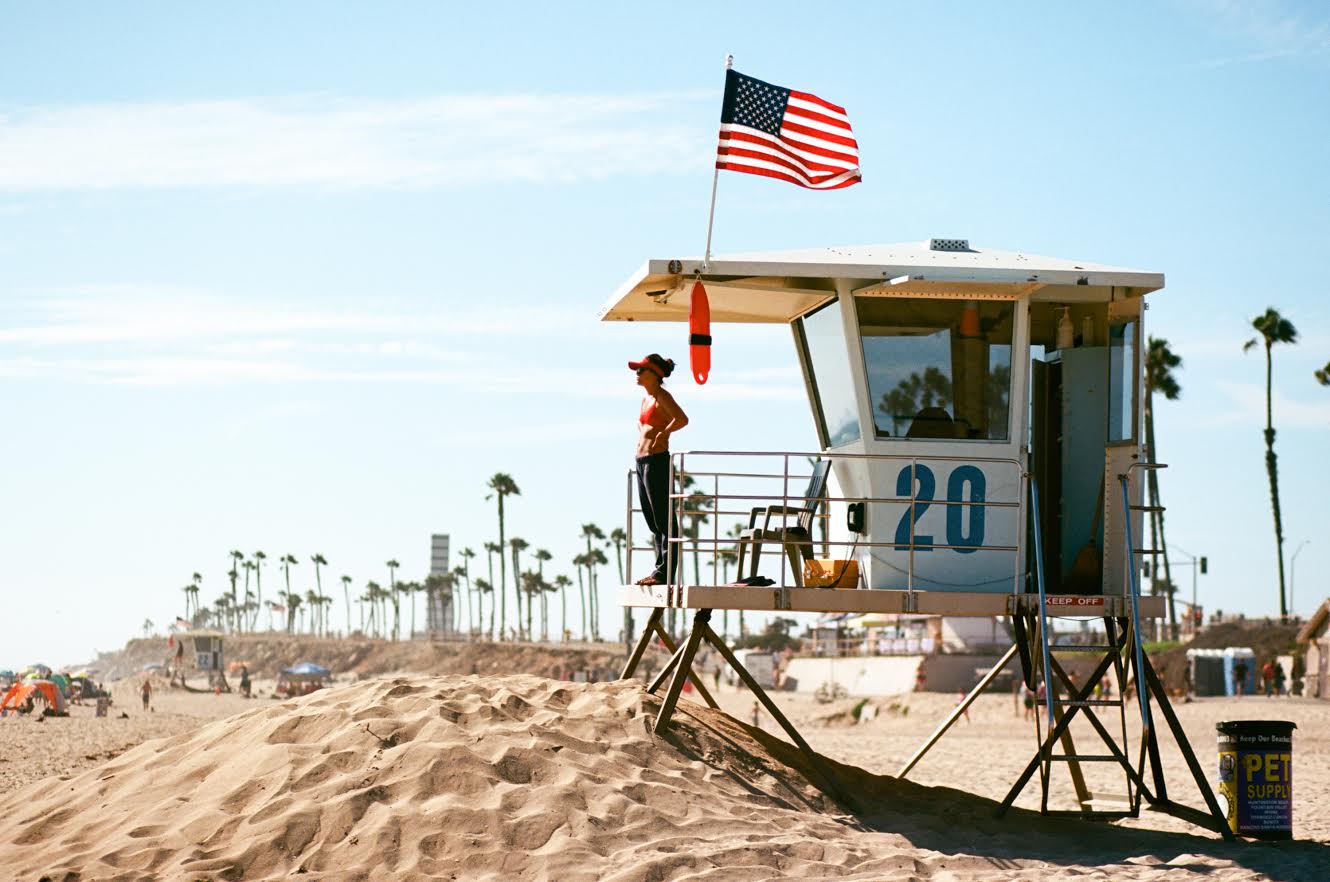 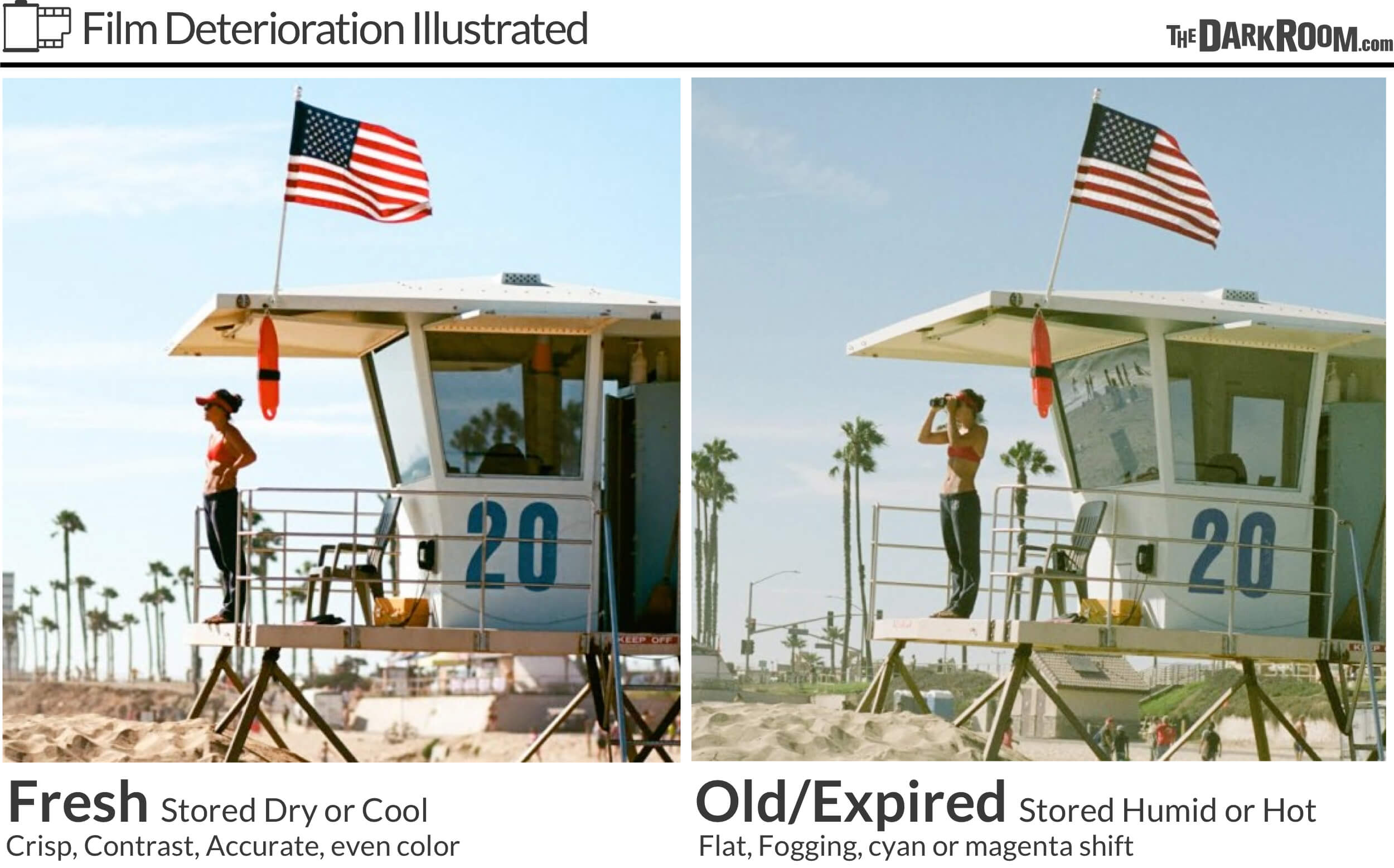 When you load it, Finish it.

Do not keep the film in the camera or magazine longer than necessary. We all have stories of popping open the camera back thinking it’s empty, then experience that hot flash that washes over you as see that glossy surface of exposed, undeveloped film mid-roll. Even though we try, the fastest reflexes can’t make things right. Most importantly, leaving a roll of partially-exposed film in your camera for weeks or months pretty much guarantees your film will be partially degraded.

You cared for your film and shot awesome photos, now make sure you don’t drop the ball at the final step. Use The Darkroom to develop that roll of film.

Where to Buy 35mm Film

We work closely with The Film Photography Project and they are very active in supporting film enthusiasts and have a large selection of unique and one of a kind photography films. Check out their film inventory.

Film Photography Project has a thriving community of photographers from around the globe. They also have an entertaining podcast, vintage film camera reviews, frequent giveaways, and exchange programs.  Check them out at filmphotographyproject.com

8 replies on “Tips for storing photographic film… and it is not always the refrigerator.”

[…] If not immediately using the film, put it in a ziplock bag and store film in a refrigerator. […]

[…] film and disposable cameras can actually be refrigerated or even frozen to extend their longevity. This little trick can come in really handy if you know that you won’t be able to use it […]

[…] This article has some really good tips on how to properly store your film – https://thedarkroom.com/tips-for-storing-photography-film/ […]

[…] This article has some really good tips on how to properly store your film – https://thedarkroom.com/tips-for-storing-photography-film/ […]

[…] pack coolers to keep his film cool (reduces film degradation and desaturation), while his other belongings would be put away in bags. Most times, he’d stay in motels until […]

[…] pack coolers to keep his film cool (reduces film degradation and desaturation), while his other belongings would be put away in bags. Most times, he’d stay in motels until […]