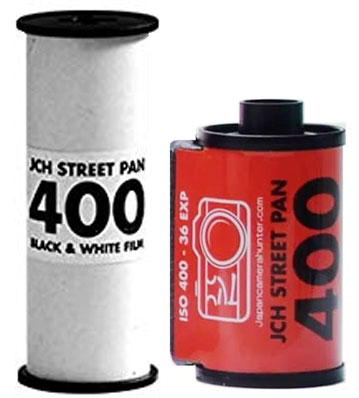 This film has a look and shooting process which I think is lost on a lot of people. It’s honestly my favorite b&w film for my style of shooting. To get the most out of this film, I shoot it at 100 and develop at box speed. Orange filter pairs well with this film. 200 is also fantastic for people who want a middle ground.
The contrast is quite heavy (especially on 35mm) but that really is the charm. Highlights are well preserved and if shot at 200 or slower, there is retention in the shadows. I recommend shooting it for your architecture/cityscapes or woods/rocks as this film brings out the best in a busy/textured composition. Portraits can be ok on this film but be mindful of your lighting.

Shot my first roll of 35mm at box speed, most shots with a yellow filter and developed in Hc110 dilution B per massive development chart and I think it looks great. I am definitely looking forward to shooting the other rolls I have.

Deep moody blacks. I would rather preserve highlight detail so it works out for me. It did lose a bit of detail in the shadows. Developed in Rodinal 1+50 22 min with great tonal range. The biggest perk was really the preservation of the sky without any filtering.

Not sure what these people are griping about. Works well like Rollei IR. You can shoot it at box speed and IR just like Rollei IR, no changing film backs or cameras to shoot both.

Don’t waste your time on this over-priced re-spooled surveillance film. It has no latitude, and 400 ISO is extremely generous. Negatives always come out looking thin.

The first roll of this film I shot at EI 320, and developed normally in Rodinal. The results were so underexposed and lacking in shadow detail that they wouldn’t even scan. After just now processing another roll exposed at EI 200 and developing normally, I can already tell that the shadows in nearly every scene are completely lost.
I have another two rolls left, and probably will not shoot them.
If you do want to use this film, overexpose the heck out of it, and hope for the best!

I’ve shot maybe 50 or so rolls of film by now including quite a few different types. I’ve never actually had any turn out bad. The results of using this film were horrible. It turned out so terrible my local shop wasn’t even able to scan the negatives. I tried my hardest to make a decent contact sheet off the negs and nothing would work to recover the faint images that existed. Worst film ever. For street photography I’d definitely stick with Kodak Tri-X or Ilford HP over this. Both of those are 100 times better.

Little to no shadow detail, has way too much contrast for a 400 speed film (same level of contrast as Tri-x pushed to around 6400) with ugly grain at a premium price point.
Why bother.

Too much contrast, grainy and not a good film

I found the film to have way too much contrast with very poor shadow details. The dark areas of your scene will come out as solid chunks of black and light/dark greys are dirty and noisy. Overall a lot of grain and though I love film grain the grain on this one is just too distracting.

It has potential. I have to shoot more of it and do some actual darkroom prints. But it’s a fun film.